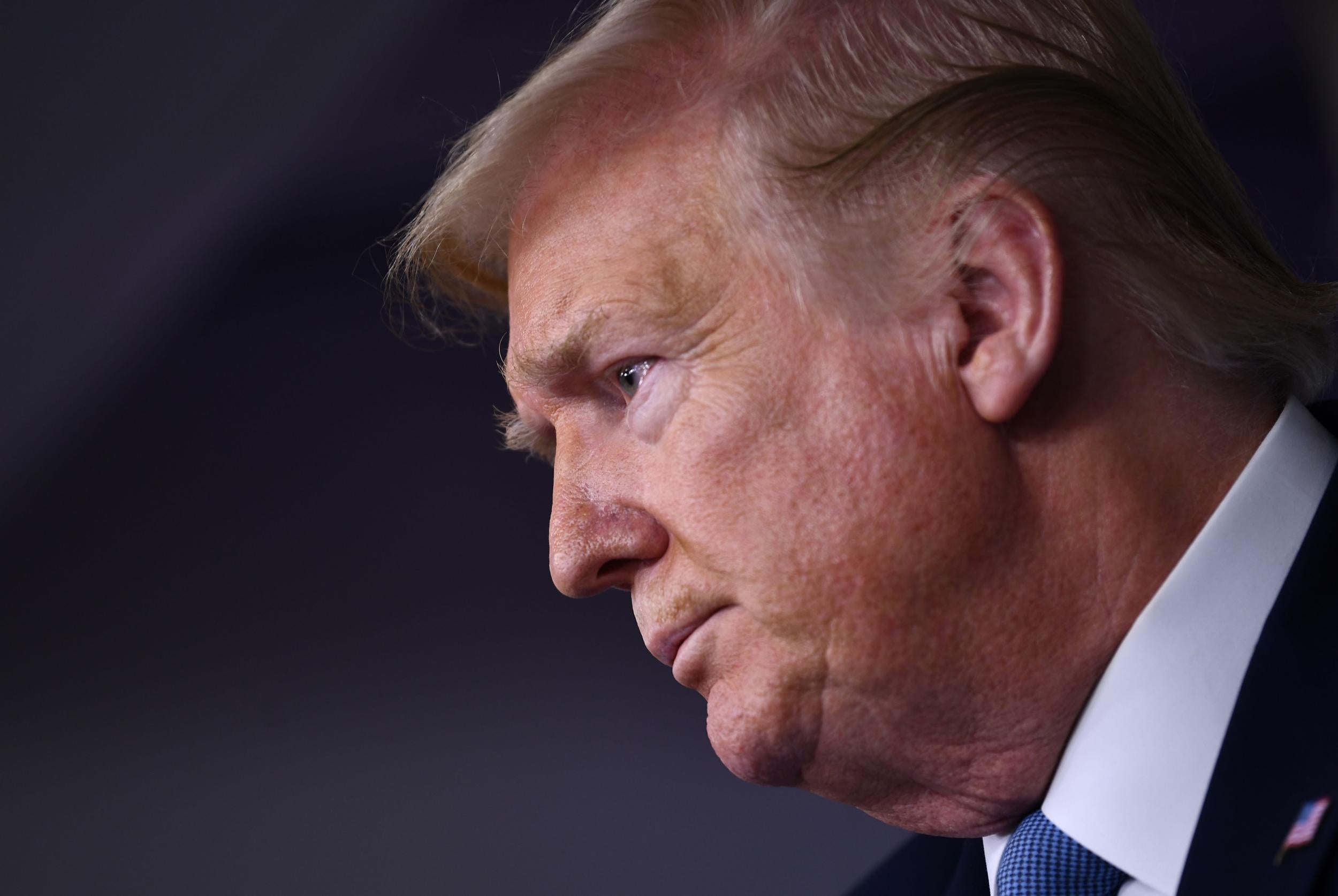 Less than 40 per cent of Americans trust what Donald Trump says about the coronavirus outbreak and less than half approve of his response, according to a new poll out hours before the president called the disease a “Chinese virus.”

A NPR/PBS NewsHour/Marist poll released Tuesday shows 45 per cent of registered voters approve of Mr Trump’s handling of the public health crisis, which has closed restaurants, bars, schools, movie theatres and other entities around the country and prompted an ongoing stock market cratering.

Only 37 per cent of registered voters reported having a “A great deal/A good amount” of trust in the information Mr Trump gives about the virus and his administration’s response. Until last Monday, the president at least two dozen times downplayed the scope and severity of the outbreak, which he is now acknowledging could throw the American economy into a recession.

“It’s bad,” he said Monday after referring to worry around the virus as a “hoax” cooked up by Democrats and the news media to sink his presidency.

Within the poll are some signs of trouble for Mr Trump.

For instance, only 33 per cent of college educated white women approve of his virus response. Mr Trump needs to retain many in this voting bloc if he hopes to secure a second term, especially in six or seven swing states that experts predict will decide the election.

On the flip side, there are figures within the poll that likely will give Mr Trump and his campaign aides hope.

His approval rating, despite the uneven response to the outbreak, went up one point from February, to 43 per cent.

As the latest data about voters’ feelings of his handling of the crisis came into view, Mr Trump on Monday morning paused his weekend and Monday tone of being more publicly serious about the outbreak. He also returned to his penchant for public feuds with other elected officials.

“Cuomo wants “all states to be treated the same.” But all states aren’t the same. Some are being hit hard by the Chinese Virus, some are being hit practically not at all. New York is a very big “hotspot”, West Virginia has, thus far, zero cases. Andrew, keep politics out of it….” Mr Trump wrote.

New York Governor Andrew Cuomo on Monday urged Mr Trump to announce a single national plan that all states would have to follow, saying his state, joined by New Jersey and Connecticut, would follow their own joint plan to fill what he called a dangerous vacuum.

Mr Trump has been accused many times during his term of expressing racist sentiments, and surely will gain after the “Chinese Virus” post.