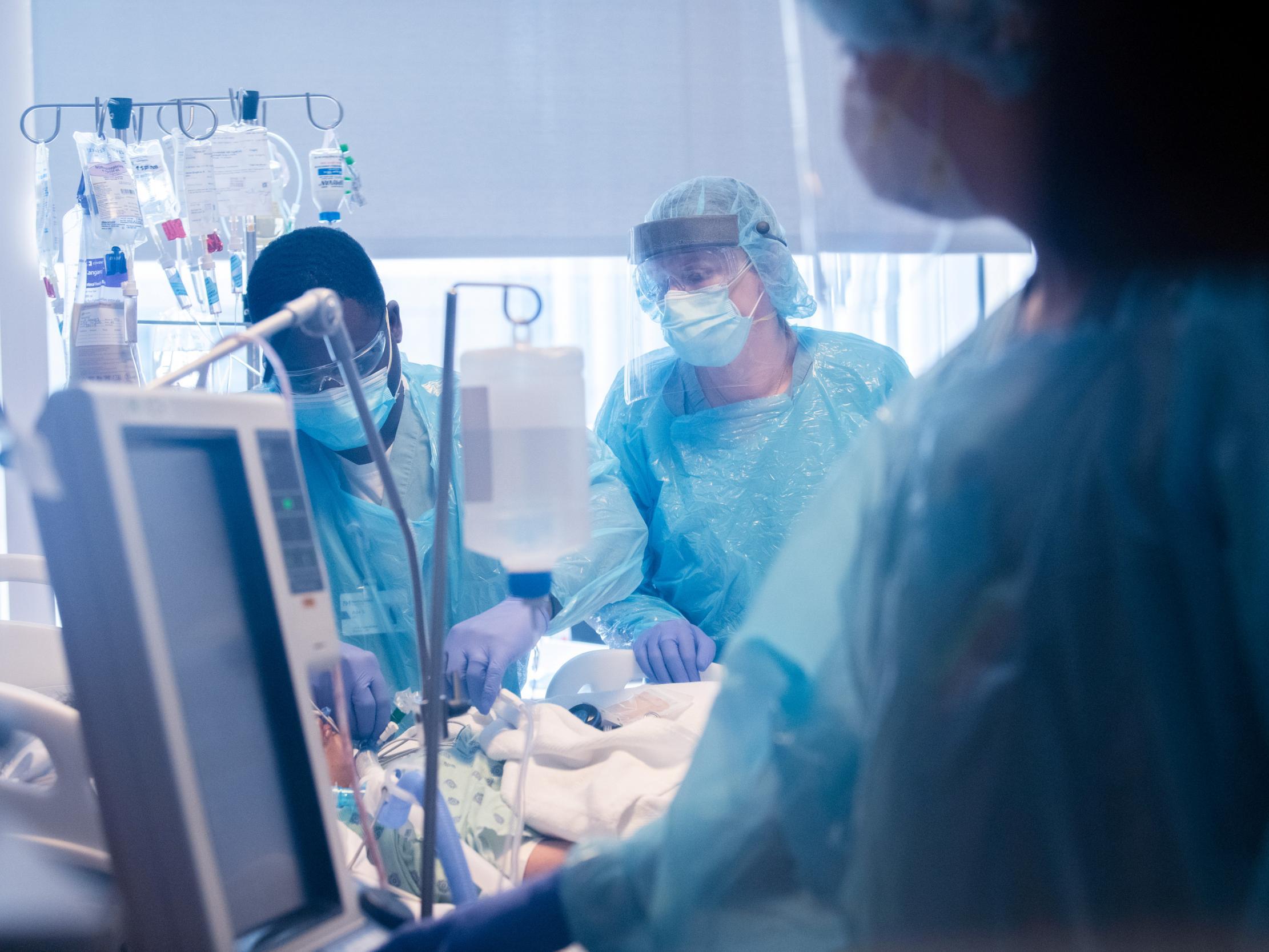 The global number of coronavirus cases exceeded 10 million on Sunday according to the Johns Hopkins University and a Reuters tally.

Nearly half a million people have died from the Covid-19 respiratory disease in the last seven months.

The number of cases is roughly double the amount of severe influenza illnesses recorded annually, according to the World Health Organisation.

The grim milestone comes as many countries are easing lockdown measures while introducing significant changes to work and social life that could last for a year or more until a vaccine is hopefully made available.

Other countries are experiencing a resurgence of infections, leading them to partially reinstate lockdowns.

Europe, North America and Latin America each account for around 25 per cent of cases, while Asia and the Middle East have around 11 and 9 per cent respectively, according to the Reuters tally.

There have been more than 499,000 fatalities linked to the disease so far, the Johns Hopkins University tally shows – roughly the same as the number of influenza deaths reported annually.

The first cases of the coronavirus were confirmed on 10 January in Wuhan, China, before spreading throughout the globe.

Infections and fatalities surged first in Europe, then the United States, and later Russia.

Now, India and Brazil are battling outbreaks of over 10,000 cases a day.

Both countries accounted for over a third of all new cases in the past week. Brazil reported a record 54,700 new cases on 19 June. Some researchers have warned the death toll in Latin America could rise to over 380,000 by October, from around 100,000 this week.

The total number of cases are increasing at a rate of between 1-2 per cent each day over the last week, down from rates above 10 per cent in March.

Despite largely stopping local transmission, countries such as China, New Zealand and Australia have seen resurgent outbreaks in the past month.

Although the United States, which has reported the most cases out of any country at more than 2.5 million, managed to slow the spread of the virus in May, recent weeks have seen it expand in rural areas and other places that were previously unaffected.

Case numbers in some countries reflect a small proportion of total infections due to limited testing capabilities.

Around half of reported infections are known to have recovered.