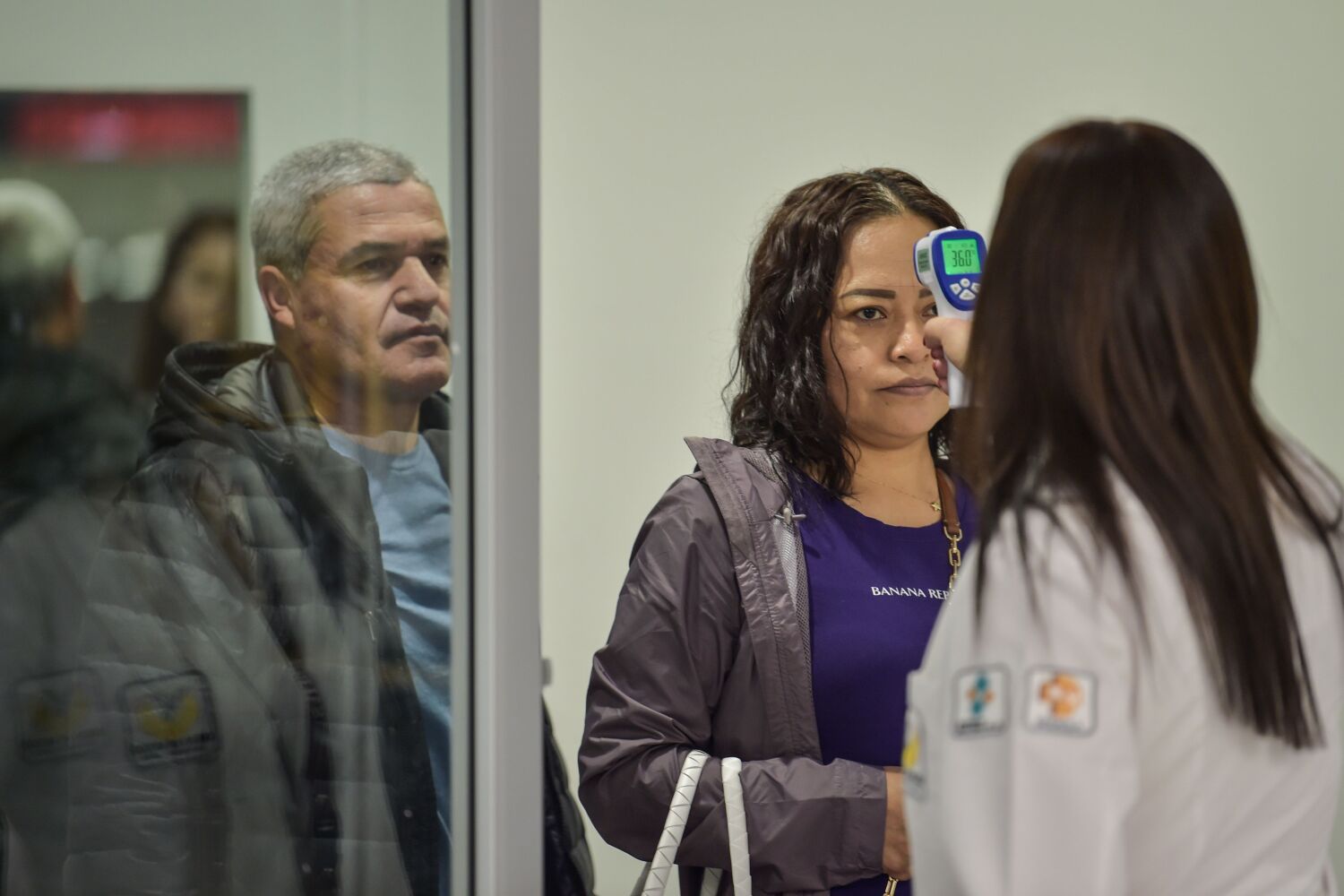 Amid mounting global dread about coronavirus, the 12 young airline passengers apparently stirred scrutiny because of their facial attire — they all donned protective masks.

According to Mexican authorities, that was the origin of suspicions that led President Nayib Bukele of El Salvador on Monday to air an incendiary accusation: Twelve travelers with COVID-19 were about to board an Avianca jet Monday afternoon from Mexico City to San Salvador.

“I ask all the people who are thinking of boarding that flight, DON’T DO IT,” tweeted Bukele, who denounced Mexican officials as “irresponsible” for allowing the dozen “confirmed positive” individuals to travel freely.

“Those who board the flight are putting their families’ lives at grave risk,” the Salvadoran president wrote. “The crew is also at risk. … These patients should be isolated, not circulating in the airport.”

The episode, he said, was a lamentable example of misinformation and rumor trumping facts as worldwide panic mounts about the virus.

None of the travelers were suffering from COVID-19, according to an “exhaustive and careful medical inspection” of the 12, López-Gatell told reporters in Mexico City late Monday.

The 12 Salvadorans arrived Monday morning at Mexico City’s airport from Chicago, intending to transfer to an Avianca flight to San Salvador, according to Mexican officials. They all wore protective masks.

Avianca canceled the connecting flight to San Salvador after the Salvadoran president’s Twitter warnings and thanked Bukele “for alerting us about the patients with COVID-19 intending to board the flight.”

The social media-savvy Salvadoran president — with 1.4 million Twitter followers — never offered proof of his Twitter assertions that the 12 were “confirmed” cases of COVID-19. The allegation apparently blind-sided Mexican officials and sent medical authorities scrambling to examine the 12 at Mexico City’s airport.

“It’s impossible that in 1 hour to have examined 12 people for COVID-19 when … you would have had to wait 7 hours for results,” Bukele wrote.

Mexican authorities insisted that Bukele’s characterization of the 12 as “confirmed” cases was baseless.

“They never had … any reason to be tested for COVID, which makes it impossible to speak of confirmed cases,” said the Mexican deputy health minister.

The Salvadoran president offered to send a “special plane” to Mexico City to transport the 12 back to El Salvador.

“These young people are Salvadorans, they are our responsibility,” Bukele wrote. “What I cannot allow is that they board along with 200 other passengers and crew.”

He ordered the closing of the San Salvador airport Monday to passenger aircraft. Bukele later reopened the facility, a hub for flights throughout the region, though all flights from Mexico remained suspended, he said.

The 12 travelers apparently remained in Mexico City on Monday night. It was unclear when or how they would be able to continue their trip home to El Salvador.