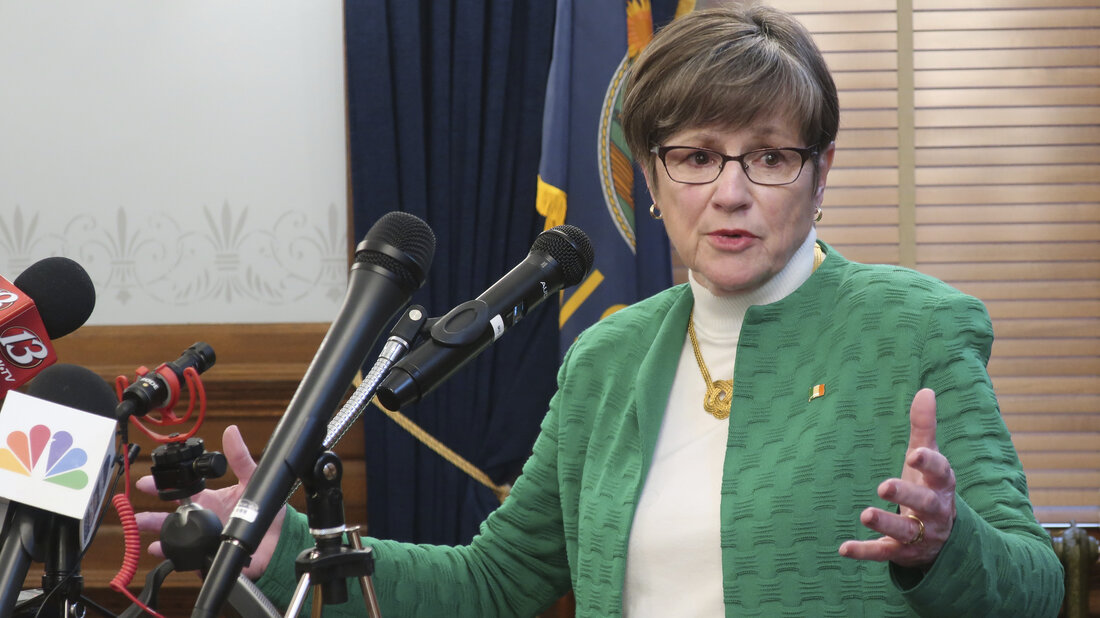 Kansas Gov. Laura Kelly addresses a news conference Tuesday in Topeka, Kan., after announcing the closure of schools K-12 throughout the state for the rest of the school year. 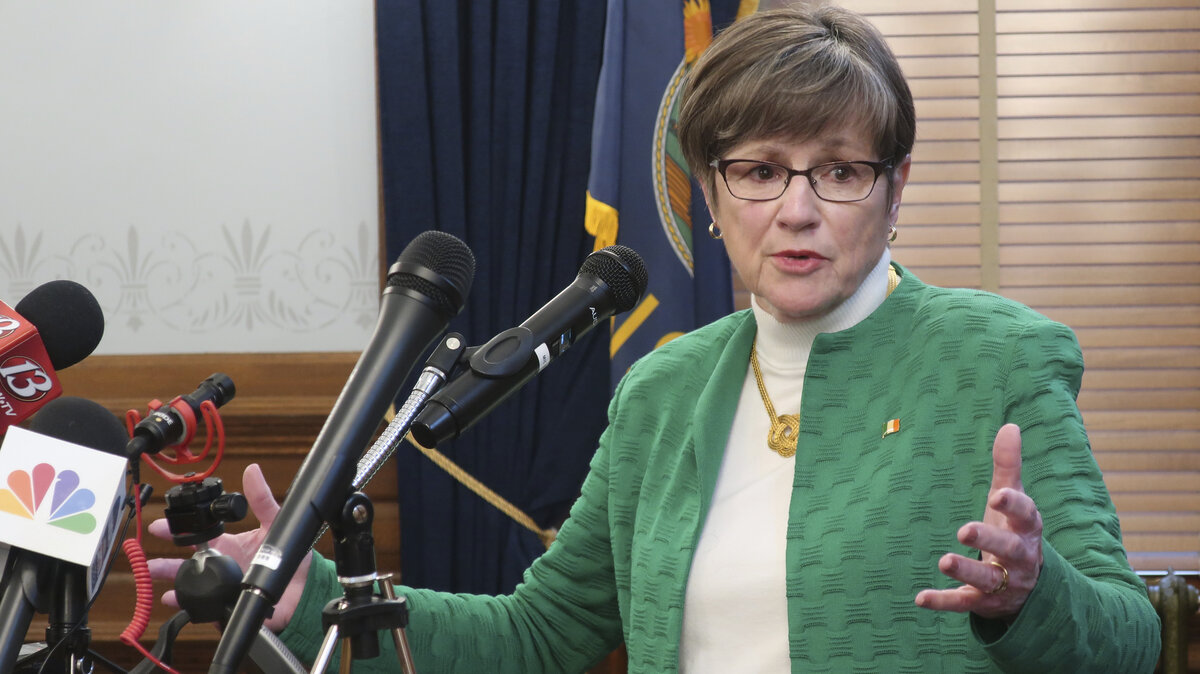 Kansas Gov. Laura Kelly addresses a news conference Tuesday in Topeka, Kan., after announcing the closure of schools K-12 throughout the state for the rest of the school year.

The school year has come to an abrupt end for students across Kansas.

Gov. Laura Kelly announced that she has ordered classes K-12 to be closed for the remainder of the 2019-2020 school year, citing fears about the spread of the coronavirus disease COVID-19 and the “unprecedented emergency” it presents.

“This was not an easy decision to make,” Kelly said in a statement issued Tuesday.

“It came after close consultation with the education professionals who represent local school boards, school administrators and local teachers,” she explained. “These unprecedented circumstances threaten the safety of our students and the professionals who work with them every day and we must respond accordingly.”

Kelly’s executive order makes Kansas the first state to shut down its public schools for the remainder of the school year — an extraordinary step that other states so far have been reluctant to take, despite a raft of temporary class closures across the U.S.

All told, three-quarters of all K-12 students in the U.S. — including those in Michigan, Massachusetts and Kentucky — have seen their schools shuttered for a span of several weeks, though officials there hope students will still be able to return before summer sets in. It’s worth noting that the school year in Kansas begins and ends several weeks earlier than it does in most other states.

Governors in Ohio and California, however, suggested that it might be just a matter of time before their states follow Kansas’ lead. California Gov. Gavin Newsom has stopped short of making it official, but at a news conference Tuesday, he told reporters that “it’s unlikely that many of these schools — few if any — will open before the summer break.”

“This is a very sobering thing to say,” Newsom added. “I don’t want to mislead you.”

President Trump has announced that the border between the U.S. and Canada will be closed in an attempt to stem the spread of the novel coronavirus. The president announced the closure in a tweet posted Wednesday.

“We will be, by mutual consent, temporarily closing our Northern Border with Canada to non-essential traffic,” Trump said, adding that “trade will not be affected.”

We will be, by mutual consent, temporarily closing our Northern Border with Canada to non-essential traffic. Trade will not be affected. Details to follow!

Canadian Prime Minister Justin Trudeau has not yet independently confirmed Trump’s statement; he is expected to deliver a statement from self-isolation later Wednesday. Canada has seen a much smaller — though also increasing — number of confirmed cases than the U.S.

The move is just the latest of a series of border shutdowns announced recently across the world, as countries seek to tamp down on travel in an effort to slow the spread of the global pandemic.

Trump administration asks for tens of billions in emergency funds

The request to Congress, which asks for an additional $45.8 billion, is intended to support the Centers for Disease Control and Prevention, states’ public health response and research resources at the National Institutes of Health. It is in addition to a House-approved relief package that’s expected to go before the Senate on Wednesday.

“The aim of this request is to maintain that capacity and ensure that resource needs created by the pandemic response are met,” Russ Vought, acting director of the Office of Management and Budget, said in a letter to Vice President Pence

Vought noted that his office is “currently in active dialogue” with lawmakers about the additional proposal, which is separate from a massive stimulus package that’s expected to include payments to individuals, families and businesses affected by the outbreak.

“It is not intended as a broad-based solution to the major economic dislocation wrought by the virus, nor is it the primary means by which the Federal Government plans to address the hardships of families, individuals, and communities who have been touched by the disease.” President Trump leads a meeting with travel and tourism industry executives at the White House on Tuesday, to discuss the federal economic response to the coronavirus outbreak. 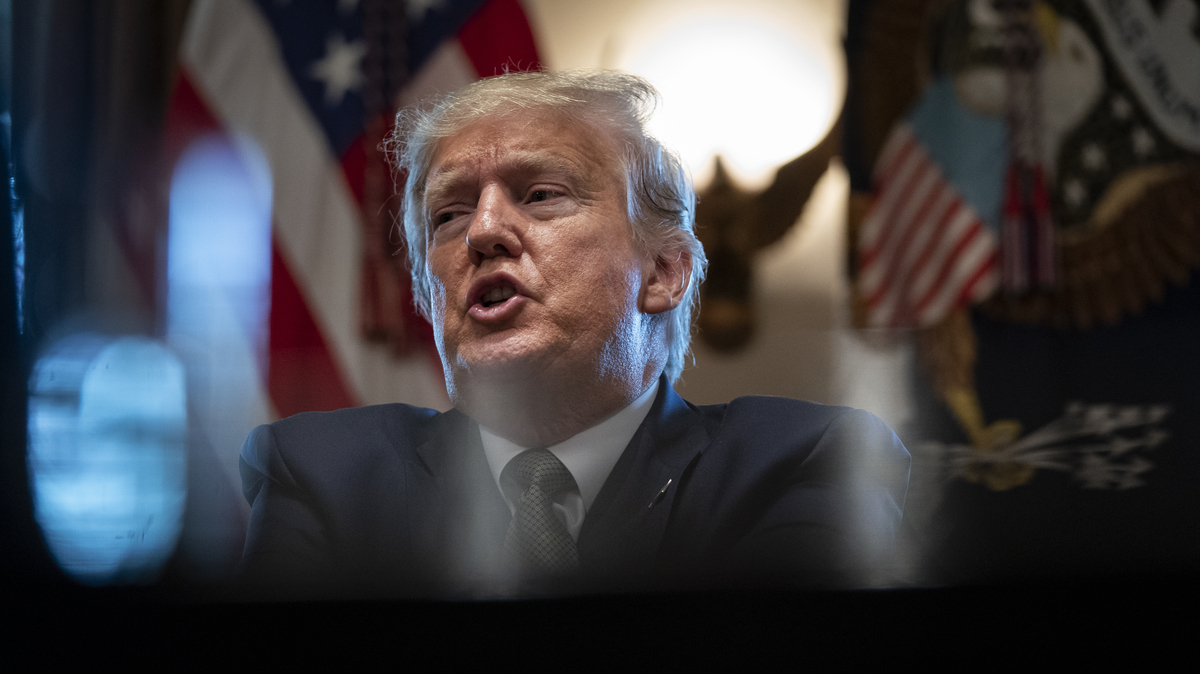 President Trump leads a meeting with travel and tourism industry executives at the White House on Tuesday, to discuss the federal economic response to the coronavirus outbreak.

Puerto Rico asks the FAA to halt flights to the island

Puerto Rico Gov. Wanda Vázquez revealed that she has asked the Federal Aviation Administration to suspend domestic and international flights to the U.S. territory, as local authorities seek to contain the virus.

Vázquez said the requested ban would exempt emergency services. Puerto Rico has already imposed some of the strictest restrictions in the U.S., including a curfew and the two-week closure of most businesses across the island.

“Until a few days ago, we had no cases of COVID-19 coronavirus, and now, due to the arrival of tourists, both by boat and by plane, we have five positive cases,” she said in a statement Wednesday.

“We do not want more cases in Puerto Rico, and the only way to prevent more people infected with this virus from arriving is by taking greater controls regarding the arrival of travelers. We need assistance from the federal government to allow us to control air travel.”

What is the coronavirus that causes COVID-19?

The name comes from the crownlike spikes the virus has on its surface — “corona” is Latin for “crown.” Common human coronaviruses cause mild to moderate upper respiratory symptoms, including the common cold, while more severe types can cause pneumonia and death.

The primary symptoms of COVID-19 are fever, cough and shortness of breath. Some people also experience fatigue, headaches and, less frequently, diarrhea. Cases can range from mild to moderate to severe. About 80 percent of cases so far seem to be mild, according to the World Health Organization.

To prevent the coronavirus from spreading, the Centers for Disease Control and Prevention recommends washing hands with soap and water for at least 20 seconds or using a hand sanitizer if a sink isn’t available. The WHO says people should wear face masks only if they’re sick or caring for someone who is.

What should I do if I think I’m sick?

If you think you’ve been exposed to COVID-19 and develop symptoms, call your doctor. Many state and local health departments have set up hotlines to answer questions, so that’s another good place to start. It’s important that you don’t expose others. Call your doctor before you go to their clinic so they can take necessary precautions.

How do I protect my home?

Wash your hands as soon as you walk through the door. Avoid sharing personal items such dishes, cups, utensils. Clean and disinfect “high-touch” surfaces like door handles and cellphones every day.

How does coronavirus spread?

The virus is thought to spread mainly between people who are in close proximity to one another: within about 6 feet. It spreads primarily through respiratory droplets that are spread when an infected person coughs or sneezes. Those droplets can land in the mouth or nose of someone nearby, and possibly infect them.

According to the CDC, it may be possible for a person to become infected by touching a surface or object that has the virus on it and then touching their own mouth, nose or possibly their eyes. But experts believe the virus spreads mostly through contact with other people.

How do I self-quarantine? And what does it mean?

The CDC has a guide for caring for yourself at home if you have a suspected or confirmed case of COVID-19.