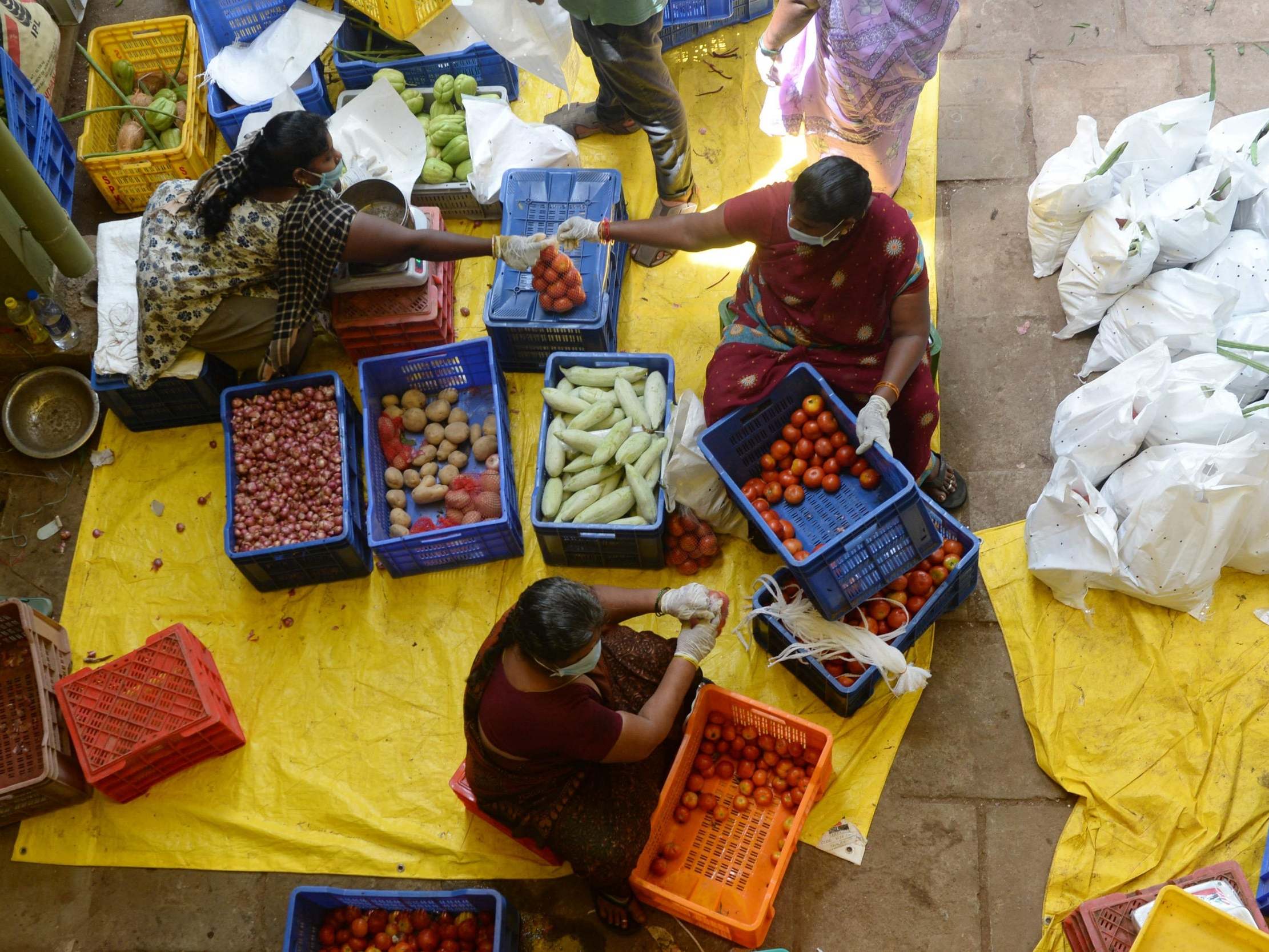 Indian health officials are rushing to contain a large outbreak of Covid-19 that emerged in a fruit and vegetable market in the southern city of Chennai.

The Koyambedu market, one of the biggest of its kind in Asia, has been linked to more than 500 cases in a number of districts of Tamil Nadu and Kerala states.

J. Radhakrishnan, who is leading Chennai’s response to the virus, said more than 7,000 people who were connected to the market are being traced and quarantined. The first case in the cluster linked to the market was identified on 27 April.

Most of India is under a six-week lockdown to mitigate the spread of the virus, but the market remained open as an essential part of the region’s food supply chain. The city is reportedly facing a shortage of vegetables after the market was shut down on Monday.

District authorities have issued advisories urging people to come forward to be tested, but public health experts are worried many who visited the market will not do so out of fear of stigma or being quarantined.

Mr Radhakrishnan said the state government has conducted more than 170,000 tests so far.

The number of infections in Chennai now stands at 2,008, including 545 reported in the past two days. The city now accounts for half of Tamil Nadu’s total of 4,058 cases.

Tamil Nadu state’s number shot up by over a thousand in the past 24 hours, with many cases linked to the market, said the state government.

Chief minister Edappadi K. Palaniswami said in a broadcast: “It is due to high population density in Chennai that the disease is spreading easily.”

He urged residents to follow hygiene and social distancing guidelines vigilantly, and added that Tamil Nadu had the highest number of testing facilities, with more than 12,000 people being tested each day.

Fourteen districts in the state which had been reclassified from red infection zones to orange just a few days ago are likely to move back into red, reported the Times of India.

A spike in cases in the state was first detected on 24 April. The Indian government announced a four-day “intensified” lockdown that sought to impose stricter social distancing rules, but it backfired as thousands flooded the market to stock up on supplies.

Dr T. Jacob John, a virologist, told PA news agency the new cluster showed the lockdown was “leaky” and said the government “should have anticipated the people’s need”. He pointed towards Kerala’s initiative of delivering groceries straight to people’s homes.

He also took aim at the Indian government’s continued denial that the coronavirus is spreading nearly unchecked through communities.

“If you admitted that community transmission was happening, then this would not have happened. Everybody would have taken precautions,” he said.

As of Wednesday, India recorded a total of nearly 5,000 coronavirus cases, with almost 3,000 cases reported in the past day alone.