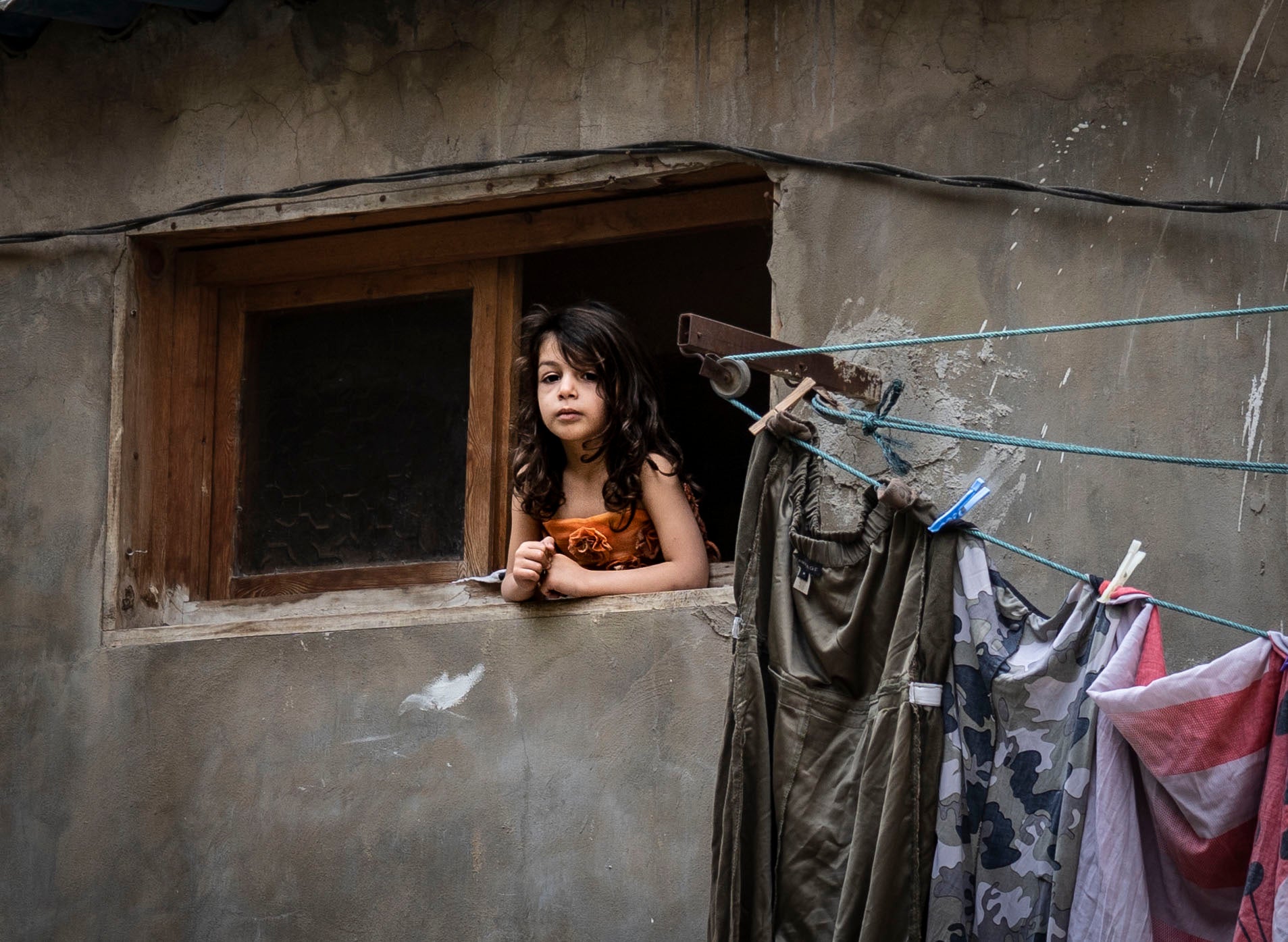 Hunger stalks Intisar’s family-of-five, whose squalid home in Tripoli, Lebanon is so tiny their makeshift kitchen is located inside a broken toilet.

Sitting on a shabby sofa-bed that dominates the other room, the Lebanese single mother explains how they live “donation to donation” to survive.

Here in the poorest districts of Lebanon’s second-largest city, the possibility of contracting the coronavirus comes second to the certainty of starvation.

The country’s unprecedented economic collapse, exacerbated by the pandemic, has seen hunger rage through these neighbourhoods.

It has driven residents across Tripoli, statistically the most impoverished city in the country, to defy the strict lockdown and risk infection in mass protests. Enraged crowds have firebombed banks and clashed with security forces who last week killed a 26-year-old demonstrator.

While grinding poverty has long persisted in the northern city, residents and charity workers say soaring prices and the tanking currency are now pushing swathes of people under the poverty line and inflaming tensions that many fear could erupt into conflict.

From her tiny living space in Qobbeh, where buildings teeter like stacked pots along the steep hillside, Intisar says the problem is that the donations many rely on are drying up. Even the charities are running out of money.

“This neighbourhood should be called the neighbourhood of miserables,” she says as her four children scurry around her, excited by the prospect of their first hot meal in a week.

Outside a flurry of volunteers from a local charity is dishing out meat stew. It is the first outside help the neighbourhood has received in a number of weeks.

“Last year meals like these used to be delivered regularly, this year because of the rising prices, nobody can afford to do any charity work,” she says.

“The situation has collapsed, people in protests are being shot, poverty is deepening, prices are soaring. We have no future. We have no hope”.

Located just 30km south of Syria, Tripoli was once an economic powerhouse of Lebanon, with a busy Mediterranean seaport and industrial complex of factories. It even prospered during the 15-year civil war thanks in part to a busy and lucrative smuggling trade.

But decades of government neglect and a vicious armed conflict between Sunni and Alawite residents of the town – which only subsided in 2015 – have seen large parts of the city sink into abject poverty.

In Qobbeh, where homes bear the artillery scars of the civil war and subsequent sectarian fighting, the unemployment rate was 60 per cent before the latest economic crunch, according to the UN. The true poverty rate across Tripoli, home to some 730,000 people, is not known but thought to be the highest in the country.

Long-term residents of Tripoli, including journalists who covered the civil war and subsequent conflict on their home turf, say they have never seen the city so depressed or tense.

“The levels of poverty are like nothing before,” says Alia Ibrahim, a journalist who was born and raised in the city and co-founded independent news website Daraj.com.

“If you are telling people ‘you risk getting the virus or you are definitely going to starve’, they will choose to fight hunger. It is going to blow up.”

At a large rally on Sunday, anger crackles through the crowds in Tripoli’s Nour Square as protesters defy lockdown restrictions to gather and mourn Fawwaz Fouad al-Seman, who was shot by the security forces during a 27 April protest.

Wielding pictures of the young father, they march to his home chanting for the downfall of the regime, as heavily armed security forces looked on.

Fawwaz’s younger sister Fatima, 24, an ardent revolutionary herself, tells The Independent that the government and the banks spent decades stealing from the people and so the protest movement is demanding complete regime change. She warns of a deeper conflict ahead.

“This is one of the poorest cities in the country, my brother wasn’t able to put food on the table for his daughter, so he came to protest and was shot,” she says, standing next to a banner emblazoned with his portrait.

“My fear is that my brother’s death has opened a new page in this revolution which may get more violent. The people have nothing to lose.”

Amid the crowds, Rami Hadi, 41, who has been unemployed for six months, says the country was run by “militias and corrupt politicians”.

“I do not know where this will go. We have reached the point of starvation. We can and we will be heard.”

Rooted in decades of chronic mismanagement, clientelism, and corruption, Lebanon’s financial woes have crescendoed over the years eventually sparking an uprising in October.

The arrival of the coronavirus only worsened the dire economic situation as businesses and borders were closed to control the spread of the pandemic.

The country, home to over 6 million people including hundreds of thousands of Syrian and Palestinian refugees, has only recorded 740 cases of Covid-19 and 24 related deaths.

Many fear the financial crisis will be deadlier than the disease.

And so, a lot of the anger has been focused on the banks, with cash machines and bank storefronts being regularly targeted with Molotov cocktails.

The Central Bank, which has been accused of triggering hyperinflation by the government, has issued a stream of sometimes contradictory measures to try to deal with the country’s crippling shortage of foreign reserves. Imposing punishing capital controls, limiting withdrawal and transfer of dollars, has further strangled households.

With the currency losing more than half its value, food prices have soared. Some staples like rice have nearly tripled in price over the year. Unemployment is also on a steep rise.

The crisis so acute, that the UN weighed in this week with the Security Council on Monday emphasising the “urgent need” for the Lebanese authorities to implement “meaningful economic reforms”.

At the same time, he presented a long-awaited five-year economic rescue plan, which envisages tens of billions of dollars of losses in the financial system, that has helped to bankroll decades of large state budget deficits.

The plan was welcomed by IMF chief Kristalina Georgieva who called it an “important step”.  The powerful Lebanese Shi’ite group Hezbollah, which has a militant and political wing, also endorsed the move with its leader Hassan Nasrallah urging the country to give it a chance.

But it could be scuppered by Lebanon’s own banks, which have rejected the proposal. Angered by the fact it had not been consulted, the country’s banking association said the 53-page document would only undermine confidence in the country.

The squabbling between the top echelons of the country in the capital has only served to fuel the rage on Tripoli’s streets. There many warned that it was not just the poor who are suffering but the middle class that traditionally support the most vulnerable but were rapidly dipping below the poverty line themselves.

“I’ve seen things I never seen before, like well-dressed people literally eating from the garbage cans,” says Sahar Minkara, 45, a Tripoli resident and protester who up until last week had been running a grassroots initiative to feed dozens of families during the lockdown. With the financial crunch setting in, donations have dried up.

Despite living through the civil war and all the bouts of fighting that have ravaged her city, Sahar says she has never been so fearful for her hometown.

“We are on the verge of total collapse, more violence, more internal conflicts between more minorities, more desperation,” she says. “For the first time, I’m scared.”