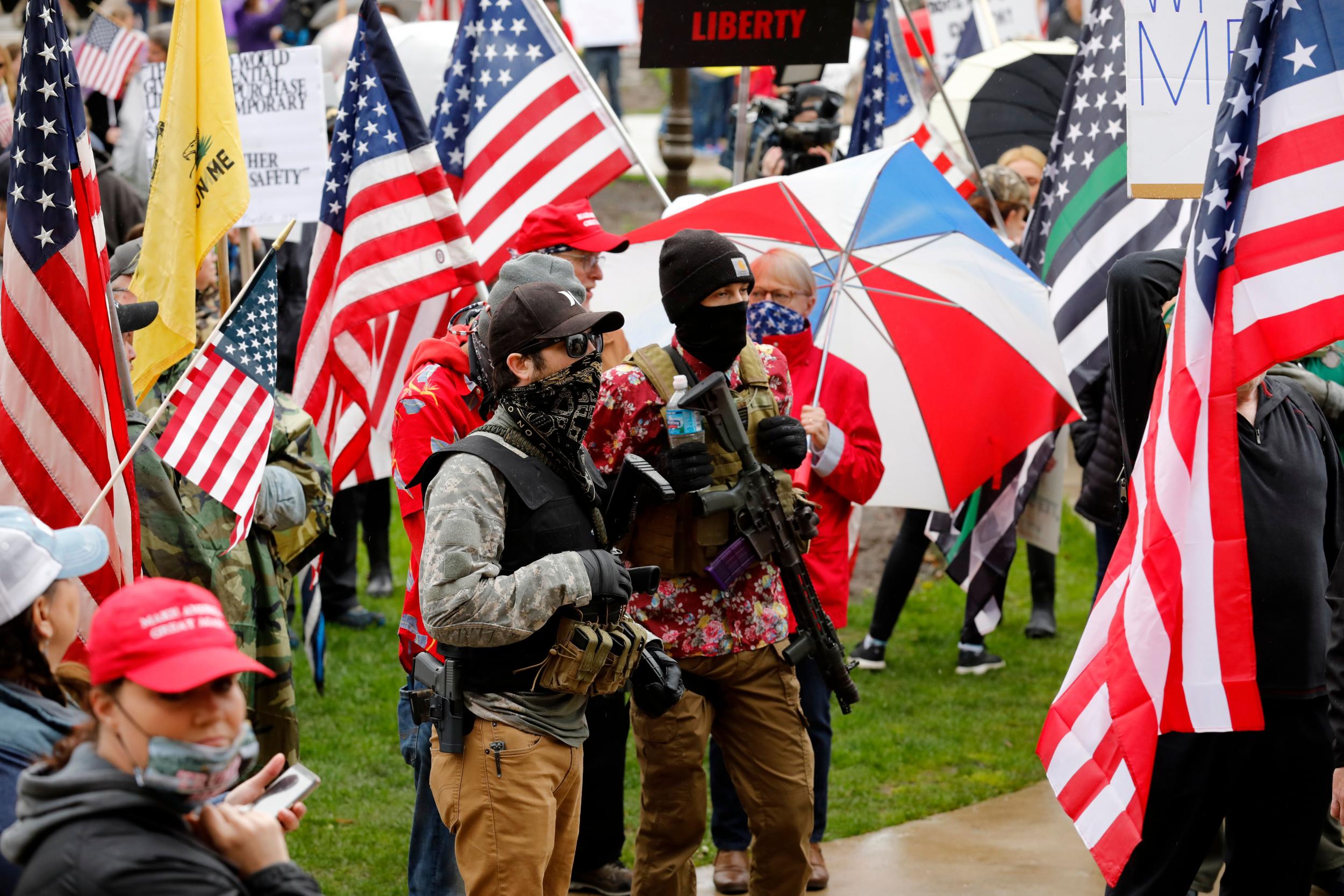 Sean Hannity has condemned the armed Michigan protesters, saying he supported the Second Amendment but not when it was used to “intimidate lawmakers”.

The Fox News pundit has previously defended people who would like to reopen America during the coronavirus pandemic because of the impact on the economy and everyday life. However, when speaking about the latest protest in Michigan, he took a different tone.

“I’m the number one supporter in radio and television that I know of — First Amendment and the Second Amendment,” he said on The Sean Hannity Show.

“Now, no one is a bigger defender of the Second Amendment than yours truly. Everyone has the right to protest, protect themselves, and try to get the country open,” he added.

But the “militia look” with the “long guns” was not advised by the host when pushing forward a message.

“Show of force is dangerous. That puts our police at risk,” Mr Hannity said. “And by the way, your message will never be heard, whoever you people are. No one should be attempting to intimidate officials with a show of force. And God forbid something happens, they’re going to go after all of us law-abiding Second Amendment people.”

Speaking out against the armed protesters who entered the Michigan state Capitol on Thursday contrasted with what President Donald Trump tweeted the following day.

“The Governor of Michigan should give a little, and put out the fire,” Mr Trump wrote, addressing Governor Gretchen Whitmer, a Democrat. “These are very good people, but they are angry. They want their lives back again, safely! See them, talk to them, make a deal.”

The protest on Thursday, dubbed the “American Patriot Rally” by organisers from the Michigan United for Liberty group, was controversial because of what people wore while imploring lawmakers to lift stay-at-home measures. Michigan’s current stay-at-home order was extended until 15 May.

“There were swastikas and Confederate flags and nooses and people with assault rifles,” Ms Whitmer said about the recent protest. “Some of the outrageousnesses of what happened at our Capitol depicted some of the worst racism and awful parts of our history in this country.”

Lawmakers were intimidated by members of the protest. State Senator Dayna Polehanki, a Democrat, wrote in a tweet how colleagues were now wearing bulletproof vests to protect themselves.

When contacted by The Independent, she then shared a picture of State Senator Sylvia Santana, a Democrat, wearing a bulletproof vest and face mask while working.

Mr Hannity got some pushback from Dan Bongino, a Fox News contributor, who defended the protesters for using their Second Amendment right to bring guns to the Capitol.

But the host reiterated the weapons were a “distraction” from the original intent of the protest, which was to implore the governor to open the state safely.

“Nobody’s gonna hear them, Dan… You don’t need to show force like this,” he said. “They could do concealed carry, Dan, if they’re worried about their safety, this is to intimidate.”