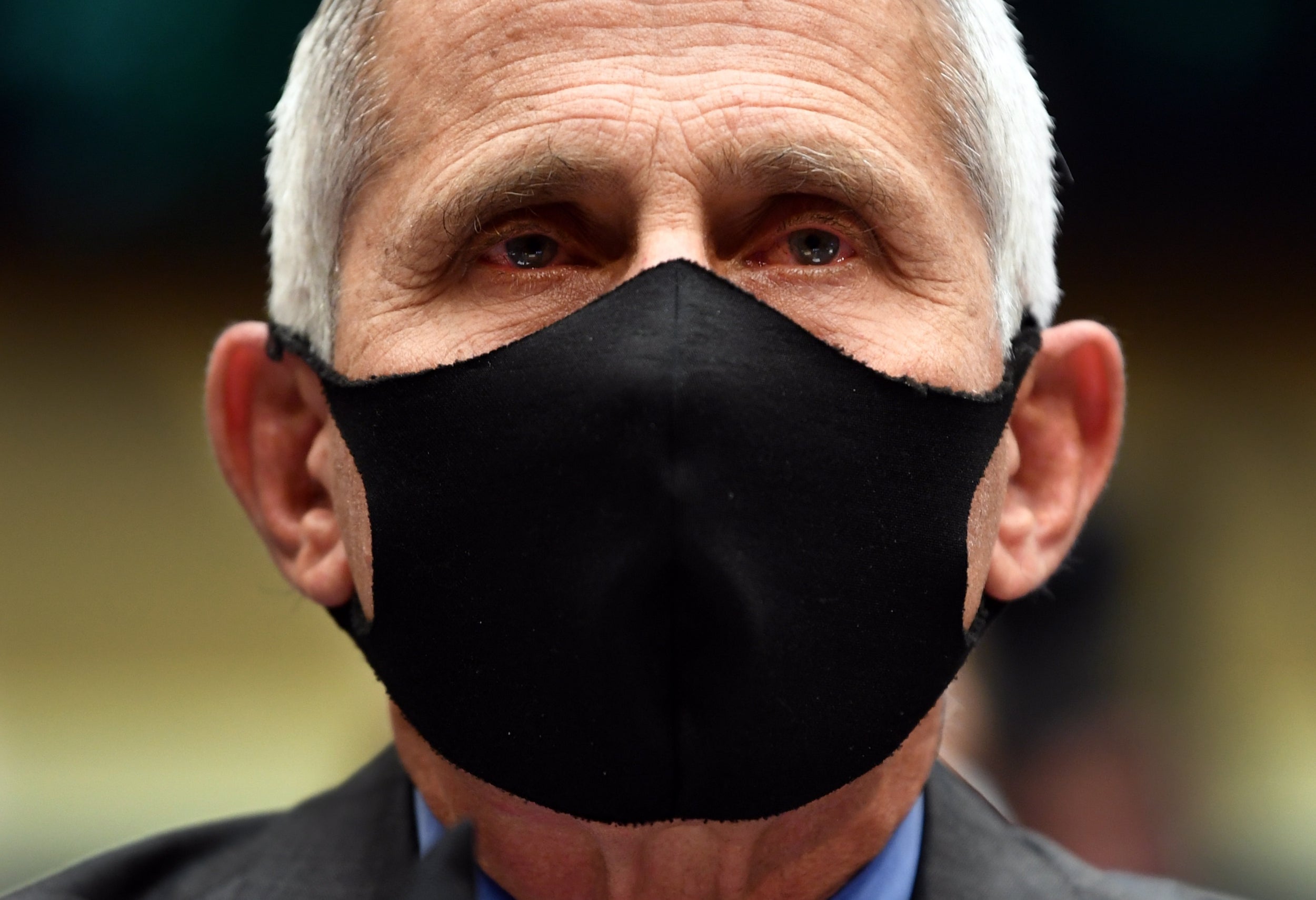 With several coronavirus vaccines currently at trial stage, White House coronavirus adviser and public health expert Dr Anthony Fauci warned on Monday that so many people in the US are likely to refuse vaccination that ‘herd immunity” may be hard to achieve.

The problem, he said, was that unlike certain others, a vaccine will probably not be fully effective on the individual level. “I doubt seriously that any vaccine will ever be 100 per cent effective,” Dr Fauci told CNN. “The best we’ve ever done is measles, which is 97 to 98 per cent effective. That would be wonderful if we get there, I don’t think we will.

“I would settle for 70, 75 per cent effective vaccine. Because that would bring you to that level, would be herd immunity level.”

But asked about polling that said around a third of Americans would not get a coronavirus vaccine when one is developed, Dr Fauci said that such a high level of refusal would mean it was “unlikely” the vaccine would get the US to herd immunity level.

“That’s one of the reasons why we have to make sure we engage the community as we’re doing now – to get community people to help us, for people to understand that we are doing everything we can to show that it’s safe and it’s effective, and it’s for the good of them as individuals and in society to take the vaccine.

“So we have a lot of work to do … There is a general anti-science, anti-authority, anti-vaccine feeling among some people in this country – an alarmingly large percentage of people, relatively speaking.”

Some people who subscribe to these views are trafficking in false conspiracy theories that people have died during the trials already underway, while others hold even more outlandish views, including that mass vaccination will be a cover for plot to insert microchips in people in service of the “new world order” long feared by conspiracy theorists around the world.

The public health implications of widespread anti-vaccination sentiment have come to the fore in recent years thanks to localised outbreaks of preventable diseases, most notoriously a measles flare-up in New York that saw more than 600 cases in 2018-19.

Meanwhile, despite his worry that anti-vaccination feeling might limit takeup in the US, Dr Fauci sounded optimistic about the timescale of the vaccination’s development.

“So if that’s true – and we’ll take them on their word – then you and I and others could have a vaccine that we may be able to take in December or January or February.”