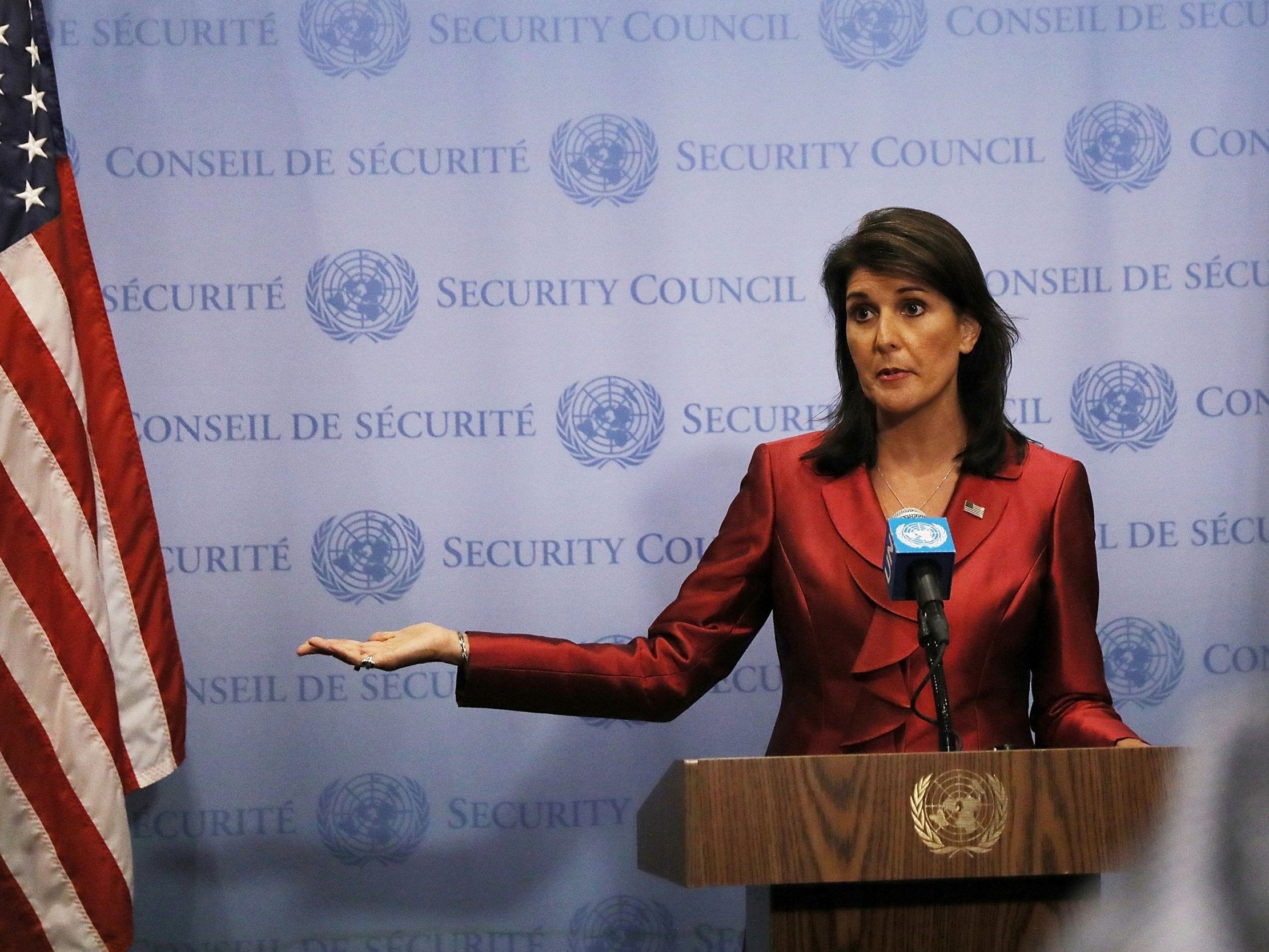 Donald Trump’s former US ambassador to the United Nations has predicted in a new interview that American businesses will ramp up production within the country as part of their “patriotic duty” following the coronavirus pandemic.

Nikki Haley, the former Republican governor of South Carolina and ambassador under the Trump administration before resigning in 2018, told Fox News on Thursday: “I think you’ll now see American companies — it will become their patriotic duty to start producing in America.”

Ms Haley slammed China throughout the interview and blamed Beijing for the global pandemic, which has caused nearly 75,000 deaths in the US.

“I hate that it came to this for people to start taking notice of China,” she said about the pandemic. “You know, we are talking about this virus, but it’s so much bigger than this.”

She went on to assert that China’s military was a “national security threat” to the US.

“They invested in infrastructure around the world, but they’ve waited for the debt to rise up to where countries can’t pay it back and this is their time, they’re calling it in,” she said. “They want that debt paid back and they will get it through military installations and utilities.”

The comments could be seen as a further escalation of the public statements Ms Haley made against China during her tenure as a US ambassador. On Thursday, she touted the work her team began to confront Beijing for its apparent violations of UN policies.

“We started really putting our heels in China’s neck at the UN two years ago,” she said. “We were basically stopping them from infiltrating what we saw them doing around the world.”

She also criticised China for creating what she called a “massive surveillance state with concentration camps” for Uighur Muslims.

“They’ve stolen tons of intellectual property, estimated $50 billion a year,” she said, adding: “This is just one of their many offences.”