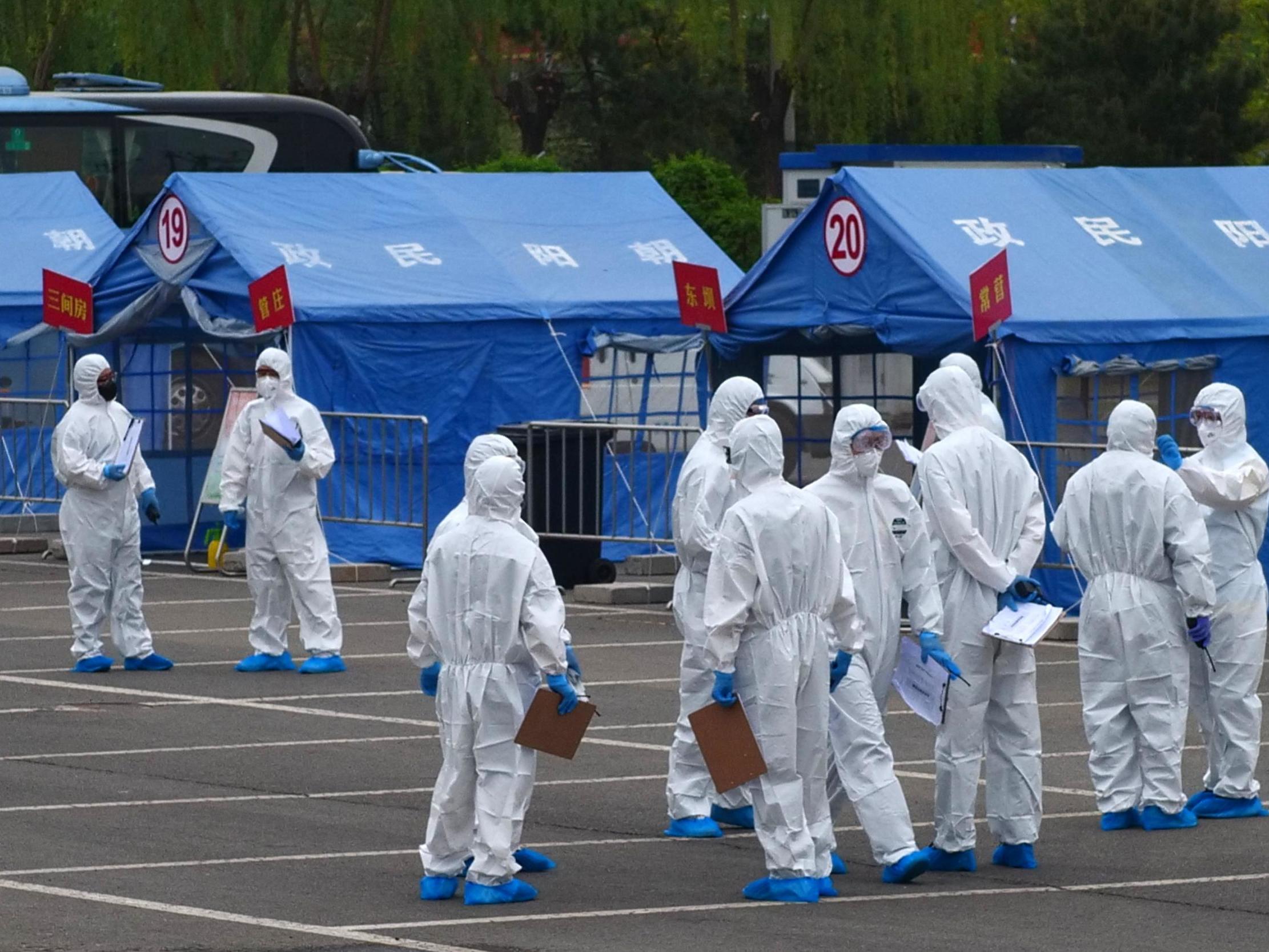 US officials believe Chinese representatives covered up the severity of the coronavirus outbreak so they could stock up on medical supplies needed to respond to the pandemic, intelligence documents show.

Chinese leaders “intentionally concealed” how contagious the disease is from the world in early January, according to a four-page Department of Homeland Security (DHS) intelligence report dated 1 May and obtained by the Associated Press.

The DHS report alleges China increased imports and decreased exports of medical supplies and attempted to cover up doing so by “denying there were export restrictions and obfuscating and delaying provision of its trade data”.

The report also concludes China held off informing the World Health Organisation (WHO) that the coronavirus “was a contagion” for much of January so it could order medical supplies from abroad, as imports of face masks and surgical gowns and gloves increased sharply.

Those conclusions are based on the 95 per cent probability that China’s changes in imports and export behaviour were not within normal range, according to the report.

Details emerged as the Trump administration intensified its criticism of China. Mike Pompeo, the US secretary of state, claimed on Sunday that there was “a significant amount of evidence” that the coronavirus emerged from a Chinese laboratory.

However, he did not dispute the office of the Director of National Intelligence’s conclusion that the virus was not manmade.

Donald Trump had previously speculated that China may have unleashed the coronavirus due to some kind of horrible “mistake”. His intelligence agencies say they are still examining a notion put forward by the president and aides that the pandemic may have resulted from an accident at a Chinese lab.

Speaking on ABC’s This Week, Pompeo said he had no reason to believe that the virus was deliberately spread. But he added: “Remember, China has a history of infecting the world, and they have a history of running substandard laboratories.”​

Mr Trump’s political opponents have accused him and his top officials of lashing out at China as an attempt to deflect criticism that his administration’s response to the virus was slow and inadequate.

In a defensive tweet on Sunday, the president appeared to blame his own intelligence officials for not making clearer sooner just how dangerous a potential coronavirus outbreak could be.

“Intelligence has just reported to me that I was correct, and that they did NOT bring up the CoronaVirus subject matter until late into January, just prior to my banning China from the U.S.,” Trump wrote without citing specifics. “Also, they only spoke of the Virus in a very non-threatening, or matter of fact, manner.”

Many virologists say the chance that the outbreak was caused by a lab accident is very low, though scientists are still working to determine the precise point at which it may have jumped from animals to humans.

While the virus is believed to have originated in the central Chinese city of Wuhan, most scientists say it was most likely transmitted from bats to humans.

On Monday, China’s state-run newspaper Global Times said Mr Pompeo was making “groundless accusations” against Beijing by suggesting the coronavirus was released from a Chinese laboratory.

“As the US presidential election campaigns are underway, the Trump administration has implemented a strategy designed to divert attention from the incompetence it has displayed in fighting the pandemic,” the paper said in an editorial.

The paper has made Mr Pompeo a target of its attacks, in recent weeks describing him as “despicable” and of having “evil intentions” by blaming China for having caused the pandemic.