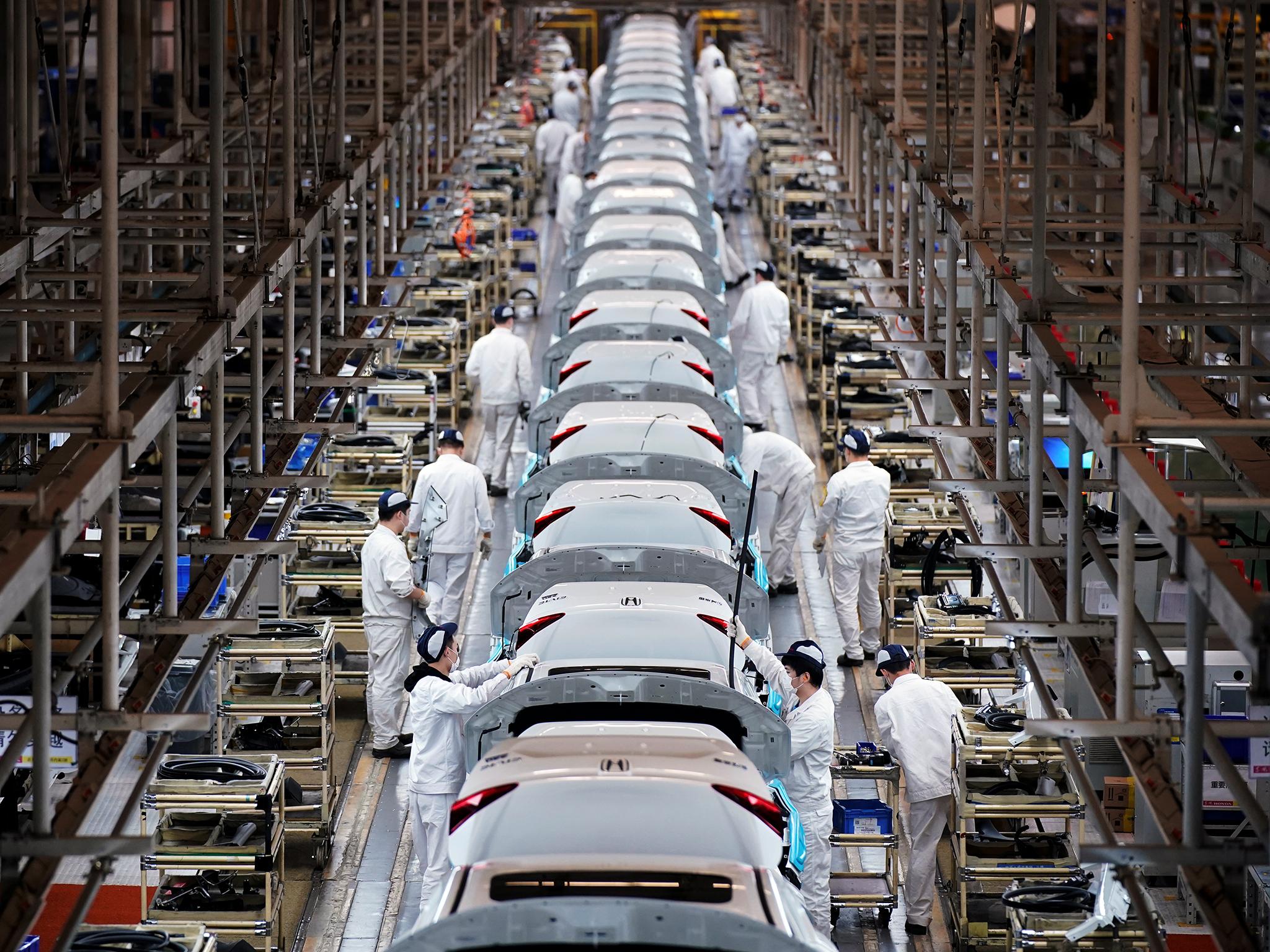 For China, this is not just any economic crash. It is one the country’s leaders have steeled against for more than a decade.

China’s top policy planners have long assessed the geopolitical ramifications of the next big economic crisis – the one that would bring their decades of miraculous growth to a halt.

Official policy papers reflect Beijing’s awareness that this event would not only serve as a critical test of the Chinese Communist Party’s domestic rule, but could reshuffle the balance of powers among China and Western nations.

“After a big crisis, what is redistributed is not merely wealth within a country, but the relative power of all nations,” wrote China’s chief economic architect Liu He, who has since risen to vice premier, in a 2013 study of recessions.

China reported a 6.8 per cent drop in economic output for the first quarter of 2020, its first contraction on record since the death of party founder Mao Zedong in 1976. In recent weeks, president Xi Jinping has launched a construction campaign akin to that seen in America in response to the Great Depression, while touting poverty relief and investment in advanced technology to help boost both the output of coronavirus-hit factories and consumer spending.

Since Mr Xi came to power in 2012, he has fast-tracked political preparations for the end of economic growth. He has flooded the airwaves with wartime-esque propaganda that lauds individual sacrifice for the national interest, while quashing budding pockets of dissent before they could grow.

“Xi Jinping’s political control policies all along have been guided by a recognition that someday the economic miracle will begin to sputter,” said Richard von Glahn, a China economic historian at UCLA. “The coronavirus has accelerated the timetable.”

In 2010, China’s top leaders commissioned a team led by Mr Liu to study the Great Depression and 2008 financial crisis. The project included officials from China’s central bank and banking regulator, and resulted in hundreds of pages of analysis and policy recommendations published three years later.

This early preparation may give China a head start in its crisis response. As most of the world remains engulfed in day-to-day pandemic relief, China has begun broader strategic pushes, inching outward its sphere of influence in the Pacific and declaring greater control over Hong Kong. Beijing’s overseas push has been made easier by the Trump administration’s domestic focus, with the United States withdrawing from some of its traditional international roles.

However, Beijing’s leaders could face a deeper domestic economic challenge than they initially projected. With the coronavirus outbreak fuelling grassroots anti-China sentiment, the Trump administration and other governments are seizing the moment to push for manufacturers to return from China.

Japan announced last month that part of its Covid-19 stimulus package will go towards reshoring factories from China, while Republican senator Marsha Blackburn said she and other US politician are pushing for similar incentives for American pharmaceutical companies.

“Supply chains are going to move as quickly as they are incentivised to,” she said in an interview.

China’s response this year shows it has taken some lessons from the financial crisis. Beijing flooded the country with cash and cheap credit in 2008, which kept its economy growing but resulted in years of teetering local government debts and skyrocketing housing prices, said Li-gang Liu, chief China economist for Citibank, no relation to the vice premier.

This time, China has announced it will see the crisis through with infrastructure construction, a more stable if slower method. Mr Xi recently warned that houses were for living, not for speculation.

China’s foreign, finance and defence ministries, the central bank and the country’s main economic planning body, the National Development and Reform Commission, did not immediately respond to faxed requests for comment over a public holiday.

As for lessons from the Great Depression, Mr Liu, the vice premier, spent a number of pages of the 2013 report analysing the long-term political consequences, including the outbreak of the Second World War. He wrote that the responses of governments at the time were overtaken by surging populist sentiment.

“Stay prepared for the worst consequences,” he wrote.

Mr Liu, however, advised resisting the temptation of diplomatic overextension and unnecessary military engagements during a crisis. He attributed the global dominance of the United States following the Second World War to its preceding decades of isolationism.

For all its recent unshakable rule, China’s history over the past century has been one of economic crises that brought the country to the political brink. During the Great Depression, an impoverished Japan invaded resource-rich Manchuria, sparking two decades of bloodshed and economic devastation in China.

The Chinese Communist Party faced its most severe political crisis in 1989, when tens of thousands of students and workers flooded Beijing’s Tiananmen Square. While largely remembered as a pro-democracy movement, Mr von Glahn, the economic historian, says the demonstrations were more about economic grievances than anything else.

Deng Xiaoping, China’s paramount leader at the time, gave the fateful order to stamp out the protests with deadly force, but acceded to public demands for faster economic reforms. This has been the deal that Beijing has offered ever since: economic growth in exchange for political quiescence.

Mr Liu illustrated his 2013 report with a series of charts that showed how the global power structure shifted following economic crises. The first showed the United States dominating the global economy after the Great Depression. The second showed emerging economies gaining pace after the 2008 crash.