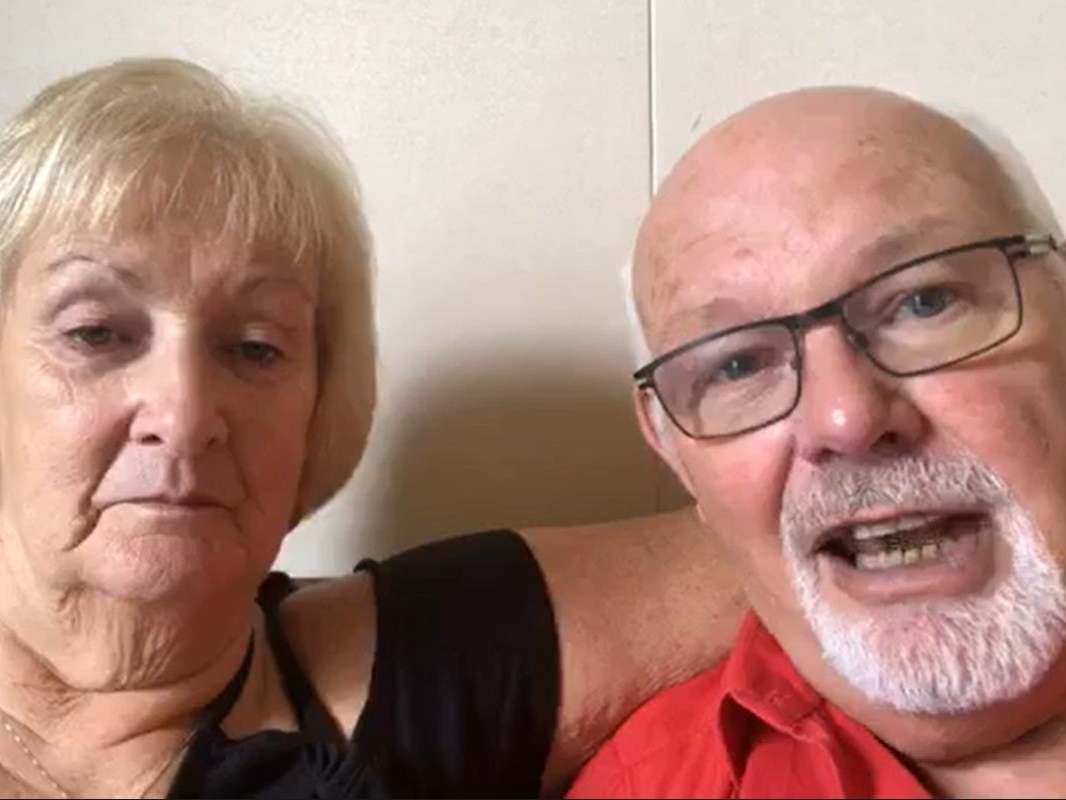 A British couple stuck in quarantine on a cruise ship off the Japanese coast following a coronavirus outbreak on board have criticised Boris Johnson and the UK government for not helping them.

In a video aired live on Facebook on Sunday, David Abel, who identifies as a “staunch Tory”, said he had “no confidence” in the prime minister.

“It has become far tougher than I could ever have imagined it would be in this situation,” Mr Abel said.

A spokesperson for the Foreign Office told The Independent it was “working around the clock” to ensure the welfare of British nationals on the ship, saying it was speaking to authorities in Japan.

The couple are two of more than 3,500 people stuck in quarantine on the Diamond Princess since 4 February, after a guest tested positive for coronavirus in Hong Kong.

So far, 355 people on board the cruise liner have been diagnosed with the new coronavirus, making it the biggest cluster of cases of the virus outside the Chinese mainland.

On Sunday, another 70 people on the ship were confirmed as suffering from the infection, adding to the 67 new cases confirmed the day before.

American citizens have now been taken off the Diamond Princess in preparation for their flights back to the US, while Canada, Italy, South Korea and Hong Kong have also said that they plan to bring their passengers stuck on the ship home.

In the video posted on Sunday from the ship, Mr Abel said he had little hope of the British government launching a similar operation.

Mr Abel made headlines last week when he appealed to entrepreneur Richard Branson to bring the British passengers on the Diamond Princess back to the UK.

At the time, he said: “Take us to Brize Norton, take us straight into the medical facility and let us do our quarantine there by people who can speak our language.”

If they test negative for coronavirus, the couple could choose to disembark from the ship and spend their remaining time in quarantine in a facility on the Japanese mainland.

However, Mr Abel ruled out this possibility, saying he would not be comfortable with this arrangement – citing the lack of wifi and the Japanese food offered there.

As of Sunday, coronavirus has killed more than 1,650 people since it was first identified in December last year, according to authorities.

Health officials claimed efforts to control the spread of the virus were bearing fruit, given that the number of new cases has now fallen for the third day in a row.

On Sunday, there were 2,009 people diagnosed with the flu-like disease, which can also develop into pneumonia.

A taxi driver has died from the coronavirus in Taiwan, marking the first such death on the island and the fifth fatality outside mainland China. Health minister Chen Shih-chung said during a news conference on Sunday that the deceased person was a 61-year-old man who had diabetes and hepatitis B.

The first fatality from the virus in Europe was announced by the French health minister on Saturday, after an 80-year-old Chinese tourist died in a hospital in Paris from a lung infection caused by coronavirus.

More than 3,000 people in UK have been tested for the coronavirus, but there have been no new positive results, officials say.

The Department of Health and Social Care (DHSC) said on Sunday that 3,109 tests have been carried out in the UK so far, with nine positive results. This is an increase of 117 tests on the 2,992 reported on Saturday.

The number of positive tests remains at nine, with eight of those patients now discharged from hospital after recording two negative tests.

Press Association and Reuters contributed to this report