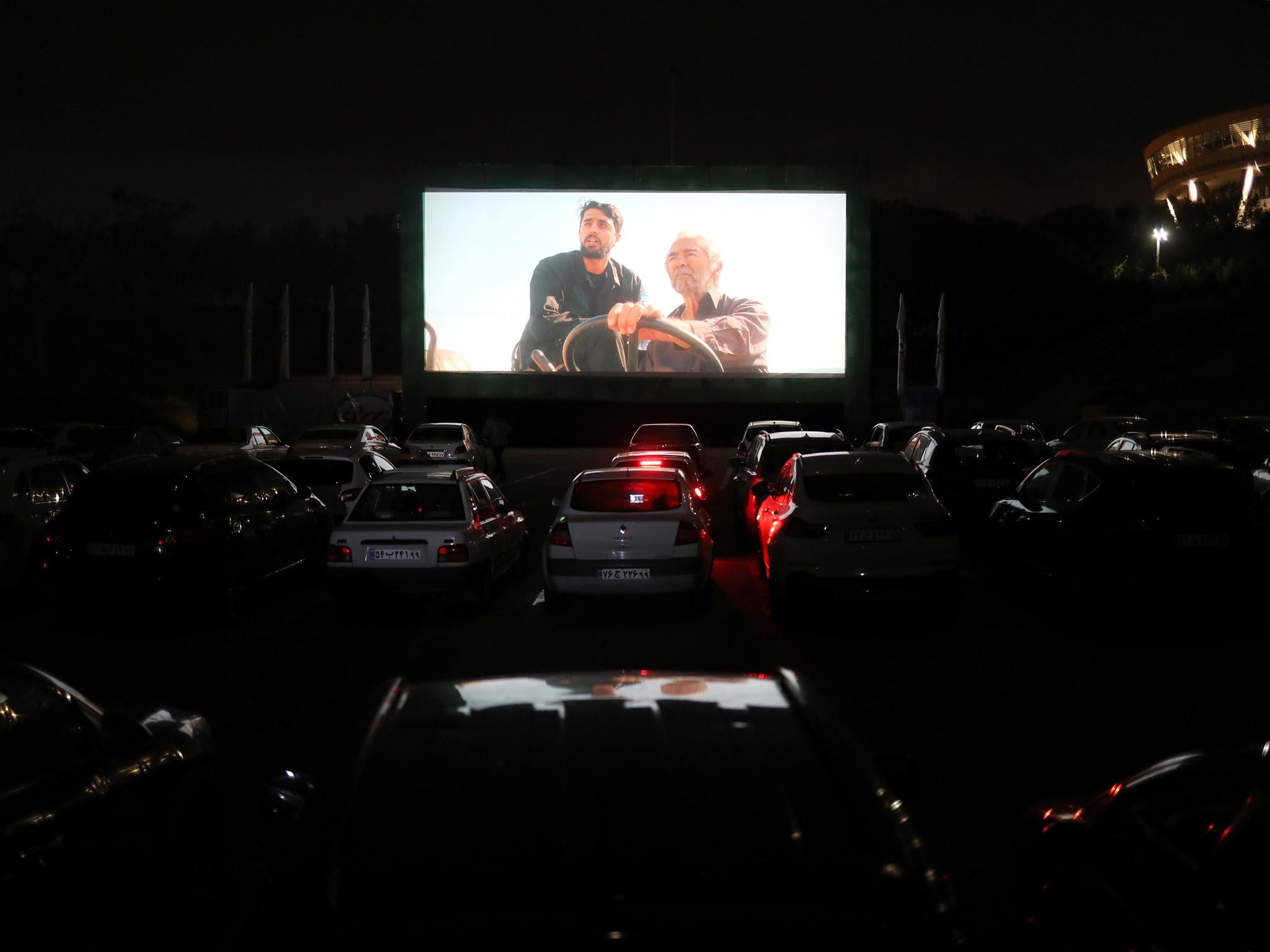 The coronavirus pandemic has brought back something unseen in Iran since its 1979 Islamic Revolution: a drive-in cinema.

Once decried by revolutionaries for allowing too much privacy for unmarried young couples, a drive-in cinema now operates from a car park right under Tehran’s famous Milad tower, showing a film in line with the views of hardliners.

Workers spray disinfectants on cars that line up each night here after buying tickets online for what is called the “Cinema Machine” in Farsi. They tune into the film’s audio via an FM station on their car radios.

With stadiums shut and cinemas closed, this car park screening is the only film being shown in a communal setting amid the virus outbreak in Iran, one of the world’s worst. Iran has reported more than 98,600 cases with over 6,200 deaths, though international and local experts acknowledge Iran’s toll is likely far higher.

“It was very fascinating, this is the first time this is happening, at least for people my age,” said Behrouz Pournezam, 36, who watched the film along with his wife. “We are here mostly for the excitement to be honest, the movie itself didn’t matter that much. I didn’t care what movie it is or by whom or which genre.”

The film being shown, however, is Exodus, produced by a firm affiliated with Iran’s hardline Revolutionary Guard. The film by director Ebrahim Hatamikia focuses on cotton farmers whose fields die from salt water brought by local dams.

The farmers, led by an actor who appears to be the Islamic Republic’s answer to Sam Elliott, America’s go-to cowboy, drive their tractors to Tehran to protest the government.

There is precedent for this anger. Iran had built dams across the country since the revolution — especially under hardline former president Mahmoud Ahmadinejad — that environmentalists blame for damaging waterways and farmland. But this film instead involves “a peasant protest against the local authority that symbolically resembles president Hassan Rouhani’s government”, the state-owned Tehran Times said.

Mr Rouhani, a relative moderate in Iran’s Shia theocracy, has increasingly faced hardline criticism amid the collapse of his nuclear deal with world powers. Those allied with his administration have criticised the film.

Audience member Atefeh Soheili, however, was glad just to enjoy entertainment outside of her home.

“Now I’m sitting here with clean hands and if I want to eat something or relax I don’t need to worry about distancing from other people,” she said.