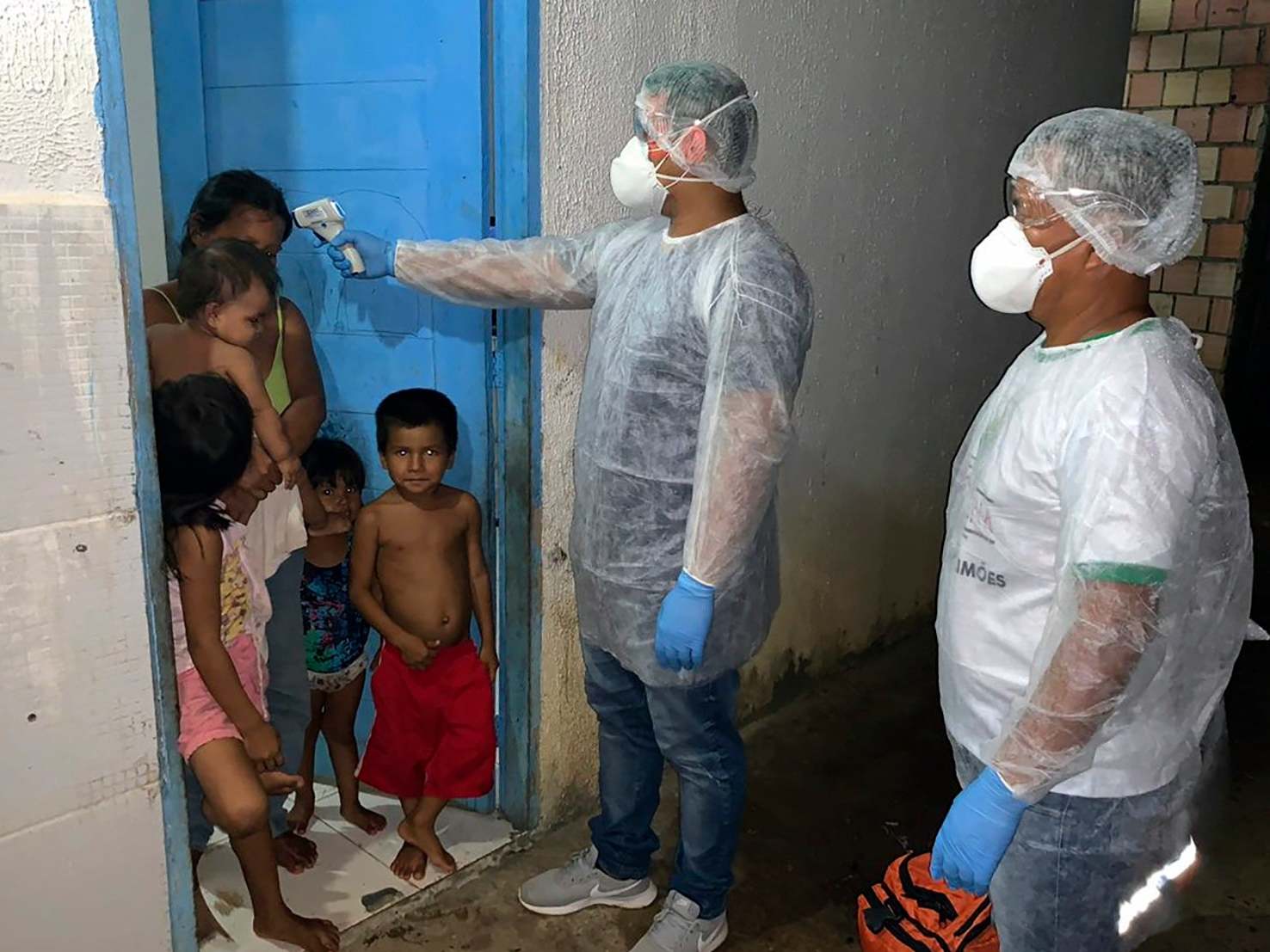 Indigenous tribes in the Amazon rainforest and other parts of Brazil are at risk of being “wiped out” by Covid-19, health experts have warned.

Brazil confirmed its first indigenous coronavirus case on 1 April, in a 20-year-old woman from the Kokama tribe in the district of Santo Antonio do Içá, about 550 miles up the Amazon river from the state capital Manaus.

The health ministry’s indigenous health service Sesai said the woman was a medical worker who had been in contact with a Brazilian doctor who tested positive last week in the same district, where there have been four confirmed cases.

Sofia Mendonça, a researcher at the Federal University of Sao Paulo (Unifesp) told the BBC: “There is an incredible risk of the virus spreading across the native communities and wiping them out.

Dr Mendonça is also the coordinator of Xingu, a health project led by Unifesp that has been monitoring the health of indigenous peoples in the Xingu river basin in the Amazon rainforest.

Respiratory illnesses are already the main cause of death among native people in the region. Coronavirus could have a devastating impact on the communities similar to that of previous major outbreaks of respiratory diseases, such as measles.

A measles outbreak among members of the Yanomami community, who were located near the border with Venezuela, killed nine percent of those infected in the 1960s.

Dr Mendonça added that if everyone falls ill, “you lose all the old people, their wisdom and social organisation”.

Fears that the indigenous communities are in danger because of the virus have grown as coronavirus infections spread across the country, after being initially concentrated in the state of Sao Paulo. Brazil now has more than 11,000 positive cases and 486 deaths.

Roque Paloschi, president of the Indigenous Missionary Council, told local news agency Telesur the federal government had “no plan” and may even use the virus outbreak to withdraw assistance from the indigenous communities.

He was quoted as saying: “We are concerned that the government will take advantage of the situation and withdraw all assistance to the communities.

“In this pandemic, the government has no plan to deal with the most basic needs of not only indigenous peoples but also the poorest and most vulnerable people.”

Dr Mendonça said some communities have planned to seek refuge inside the forest, a strategy also adopted by an indigenous tribe in Malaysia. There, members of the Jemeri tribe in the central state of Pahang have isolated themselves in the forest to shield against the virus, reported Reuters on Friday.

Brazil’s indigenous people who are planning to do the same will gather the materials they need to survive and set up camps to wait “until the dust settles”, said Dr Mendonça.

Activist groups have warned the presence of goldminers, ranchers and loggers in the territories of indigenous tribes could bring an even bigger risk of the virus spreading, especially to uncontacted communities.

Survival Brazil campaigner Sarah Shenker said in a statement: “If their lands are properly protected from outsiders, uncontacted tribes should be relatively safe from the coronavirus pandemic.

“But many of their territories are being invaded and stolen for logging, mining and agribusiness, with the encouragement of President [Jair] Bolsonaro, who has virtually declared war on Brazil’s indigenous peoples.

“Where invaders are present, coronavirus could wipe out whole peoples,” she added. “It’s a matter of life and death.”

Ms Shenker also said that government cuts to the indigenous health service must be reversed urgently, given the susceptibility of indigenous communities to highly contagious diseases.

Mr Bolsonaro is a controversial figure among indigenous leaders and activists as he has said their lands are too big and they should share the natural resources with the rest of the population.

He has also dismissed the severity of the outbreak and compared coronavirus to “just a little flu”. His comments came last month after Rio de Janeiro and Sao Paulo went into partial lockdown, which he said mayors and governors should roll back on because “we must get back to normal.”