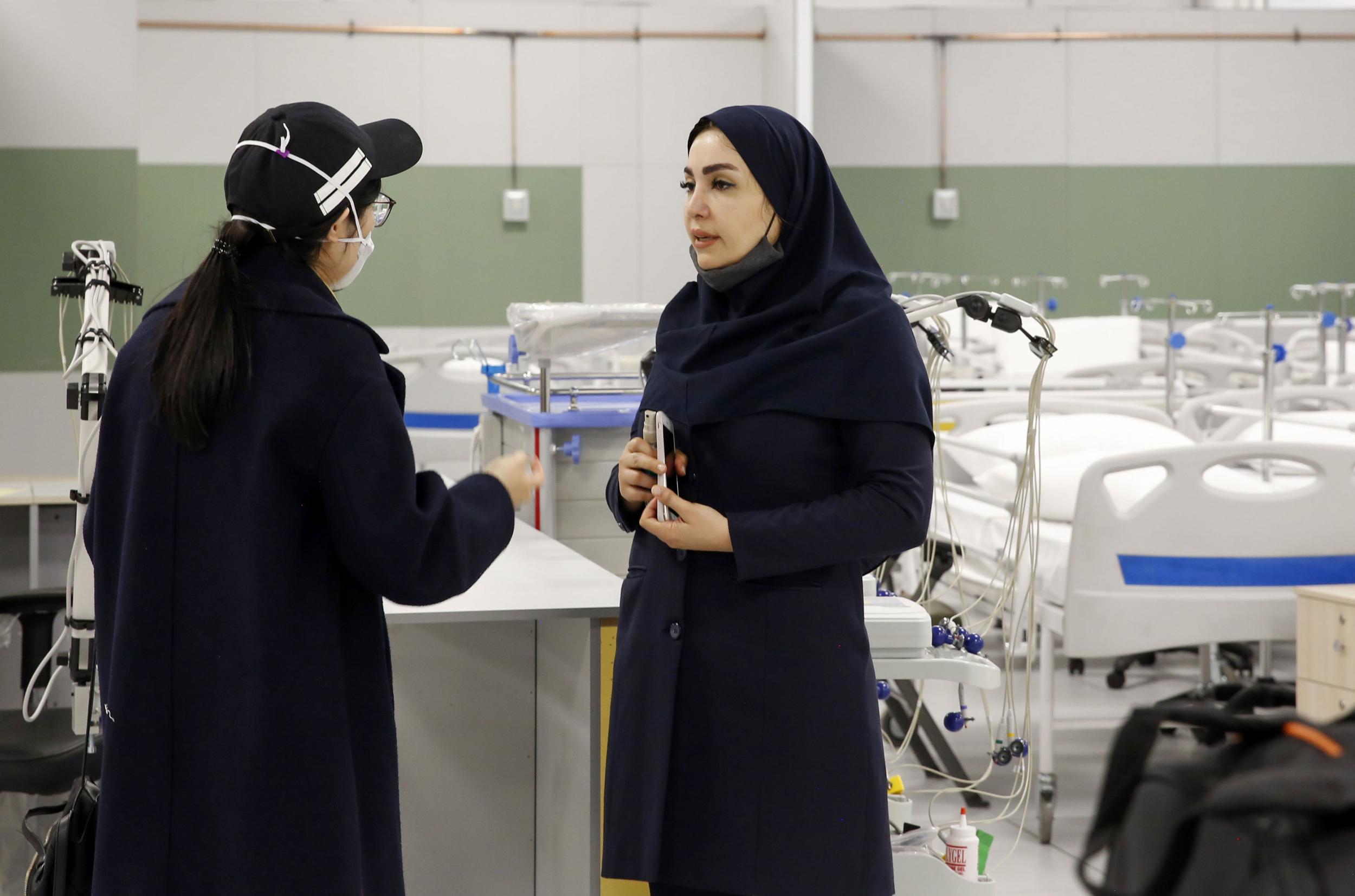 Bernie Sanders and Alexandria Ocasio-Cortez have led calls for the US to ease harsh sanctions imposed on Iran, as the nation reels from coronavirus, which has killed at least 2,600 Iranians.

In a public letter signed by around three-dozen politicians, including congresswoman Ilhan Omar, Mr Sanders and Ms Ocasio-Cortez, called on the Trump administration to step in with humanitarian aid, rather than making a very bad situation worse.

The call comes less than a week after Washington imposed new sanctions on Tehran, targeting individuals and companies allegedly linked to the Islamic Revolutionary Guard Corps.

“Rather than continue to invoke new sanctions in the Iranian people’s hour of need, we urge you to substantially suspend sanctions on Iran during this global public health emergency in a humanitarian gesture to the Iranian people to better enable them to fight the virus,” said the letter.

“We encourage the US to find a way to deliver aid directly to the Iranian people to support the Iranian people’s fight against Coronavirus, as many other nations have done. There is precedent for both of these steps, as the George W Bush administration eased sanctions and delivered aid to Iran following a deadly earthquake near Bam in 2003.”

Iran has been one of the countries worst hit by the virus and one of those least able to respond. The number of infections there has hit 41,000, with at least 2,700 deaths.

The Iranian leadership says its ability to tackle the crisis has been hampered by economic damage caused by sanctions reimposed by the US in 2018 after Donald Trump unilaterally withdrew the US from the multi-party Iran Nuclear Deal.

In early March, US secretary of state Mike Pompeo said the US had offered to help Iran, with a message sent through the Swiss authorities, given there is no direct diplomatic contact between the countries.

On Tuesday, Mr Pompeo appeared to suggest an easing of sanctions was possible. Speaking to reporters from the state department, he said humanitarian and medical supplies were exempt from sanctions.

Asked if there might come a point at which the United States might reevaluate its stance on easing sanctions that may deter firms from humanitarian trade with Iran, he said: “We evaluate all of our policies constantly, so the answer is – would we ever rethink? – Of course.”