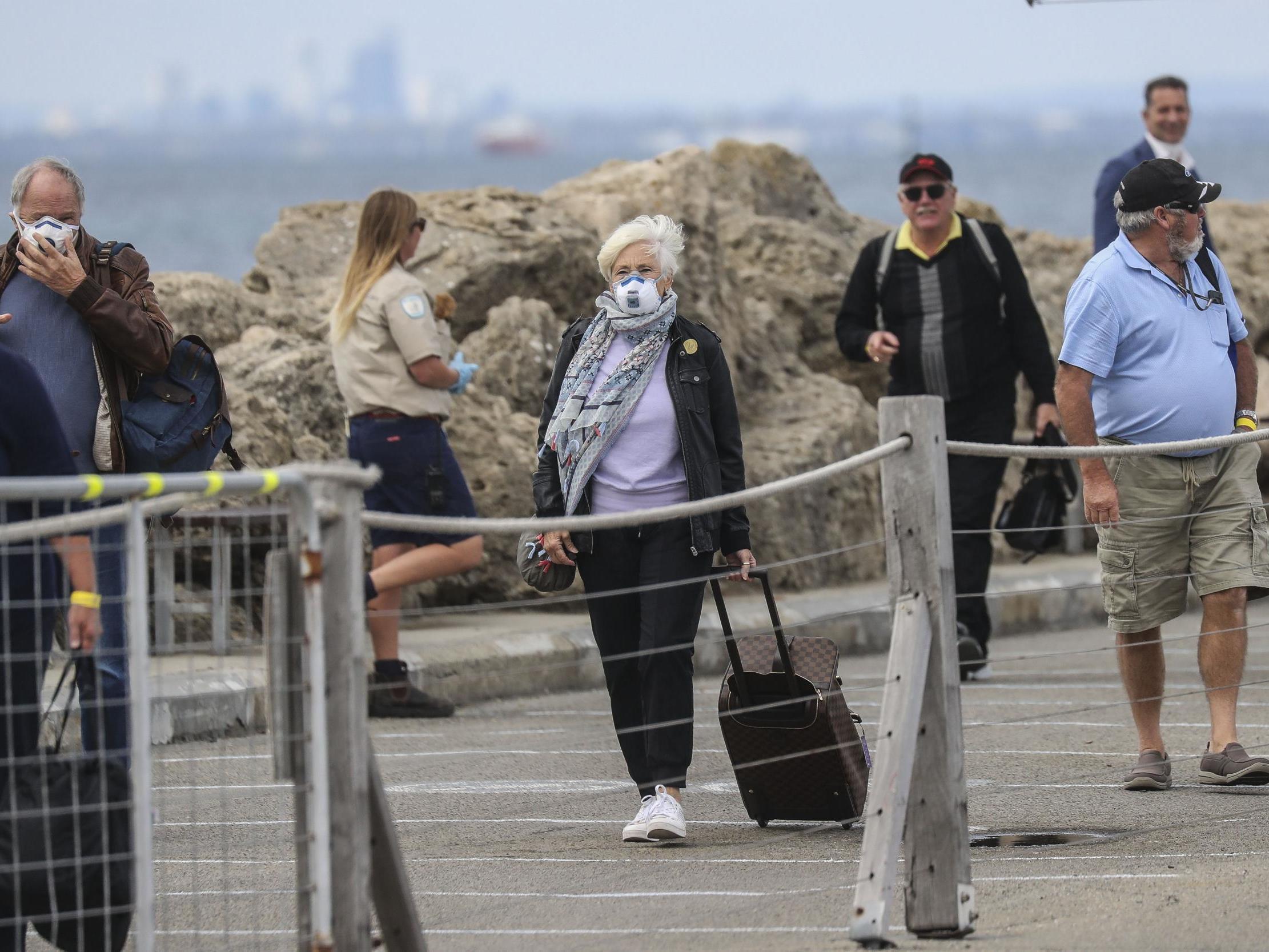 Public gatherings in Australia will be limited to two people in a bid to tackle the country’s rising coronavirus death toll.

Australian officials will use fines and the threat of jail to enforce the new social distancing rule.

New South Wales and Victoria, the country’s two most populous states, will introduce the penalties from midnight on Monday to enforce national rules set by the federal government on Sunday.

Officials said the rate of new infections had halved in the past week under existing restrictions on movement to about 4,200 people nationally, while the death toll rose to 17.

“It is only in exceptional circumstances that you should leave home,” New South Wales’s premier, Gladys Berejiklian, said in Sydney. “We will get through this. We are in a position now which allows us to control the spread as much as possible.”

People could also face six months in jail in NSW.

Australia’s state and federal leaders have formed an emergency cabinet to coordinate their coronavirus response, as many of the social distancing measures require state-level enforcement, which has led to often contradictory public messaging on issues such as whether schools should remain open.

As well as imposing the two-person limit on public meetings, the small island state of Tasmania became the country’s first state to ban people from alternating between their main home and any second home.

“There will not be movement between your shack and your primary place of residence, allowing you to alternate and sleep nights in both,” Tasmania’s premier, Peter Gutwein, said, using local slang for holiday homes.

On Sunday, Australia’s prime minister, Scott Morrison, announced a six-month ban on evictions for those who cannot pay their rent.

Meanwhile, Australians returning home by plane were immediately taken into monitored quarantine in hotels or other facilities under police supervision for 14 days.

The country’s borders are closed to all but returning citizens and permanent residents.

In Western Australia state, hundreds of people were due to be taken from the Vasco da Gama cruise ship to Rottnest Island, a tourist destination near Perth, or hotels near the state capital of Perth for quarantine, ship owner Cruise & Maritime Voyages said.

The danger posed by cruise ships has loomed large in Australia after passengers who were allowed to disembark the Ruby Princess liner in Sydney without any medical checks were later diagnosed with Covid-19.