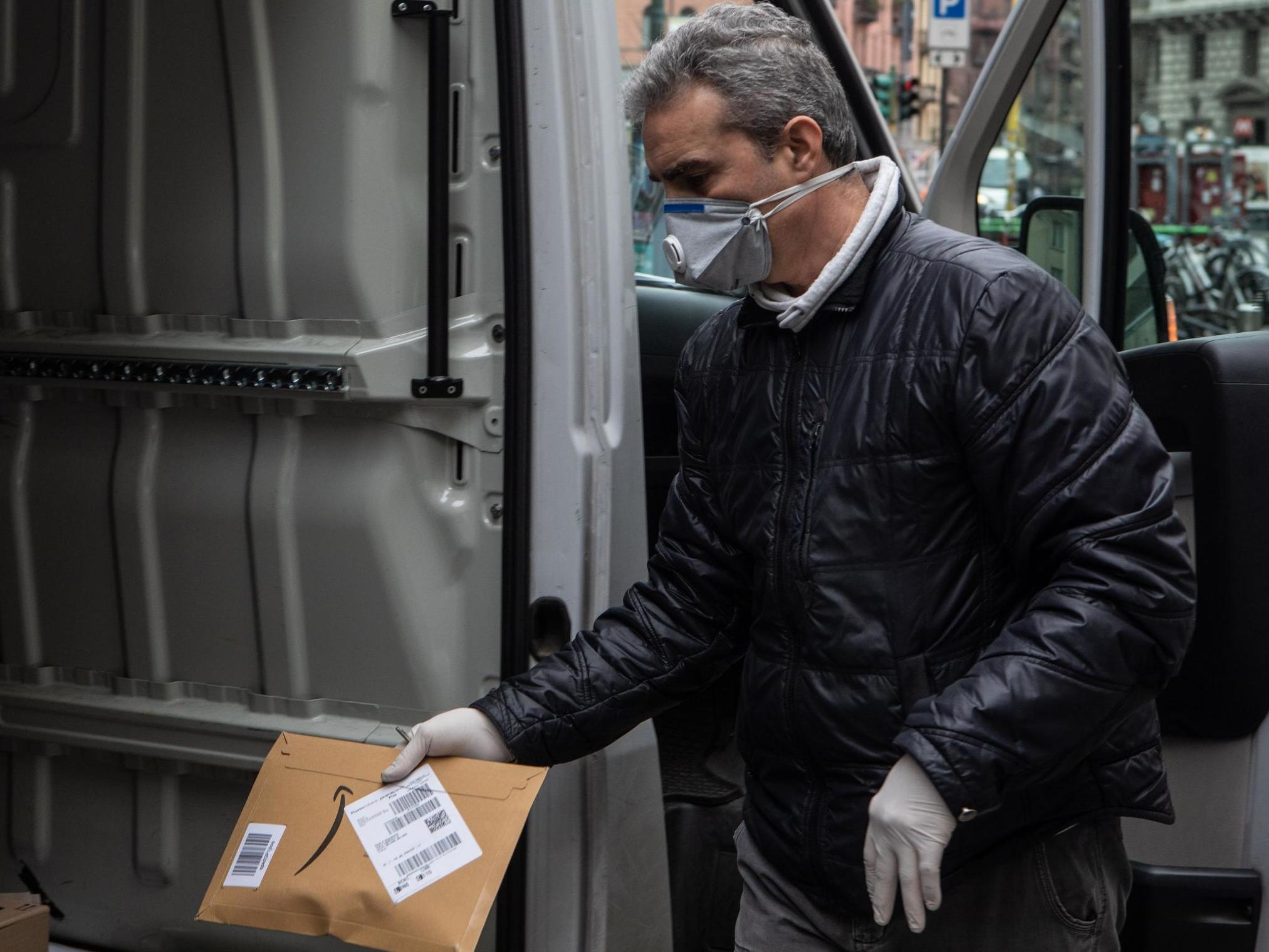 About 100 Amazon employees at a New York fulfilment centre plan to go on strike at noon Monday, saying management has been unresponsive to safety concerns and the spread of the coronavirus at the facility.

Employees are demanding that the Staten Island site be closed for at least two weeks and sanitised. The e-commerce giant closed a warehouse in Queens for cleaning after an employee tested positive, as reported by The Atlantic. They’re asking for workers to be paid during this time and for retroactive compensation for those who had already stayed home out of fear for their health and safety.

Chris Smalls, a management assistant at the site known as JFK8 and lead organiser of the strike, has worked at Amazon for five years at three buildings in the New York tri-state area. Colleagues began falling ill after Amazon managers came back from a trip to Seattle, the initial epicentre of the virus in the US, according to Smalls.

He left work in the second week of March out of concern for his health. Smalls returned last week to rally support for a work stoppage among the building’s 4,500 employees and reiterate his concerns and recommendations to management.

“What are we waiting for?” he said he told the site’s general manager and head of human resources. “Someone to die?”

He says the company has not been transparent about how many employees at the Staten Island location have tested positive for Covid-19, the disease caused by the novel coronavirus, and have taken insufficient safety precautions, including allowing one of his colleagues to return to work while awaiting her test results.

News of the planned strike was first reported by CNBC. Amazon did not immediately reply to an emailed request for comment.

“People need to be held accountable, even [Amazon owner] Jeff Bezos himself,” Smalls said in a telephone interview. “These buildings all across the globe need to be shut down. We are the breeding ground for the coronavirus.”