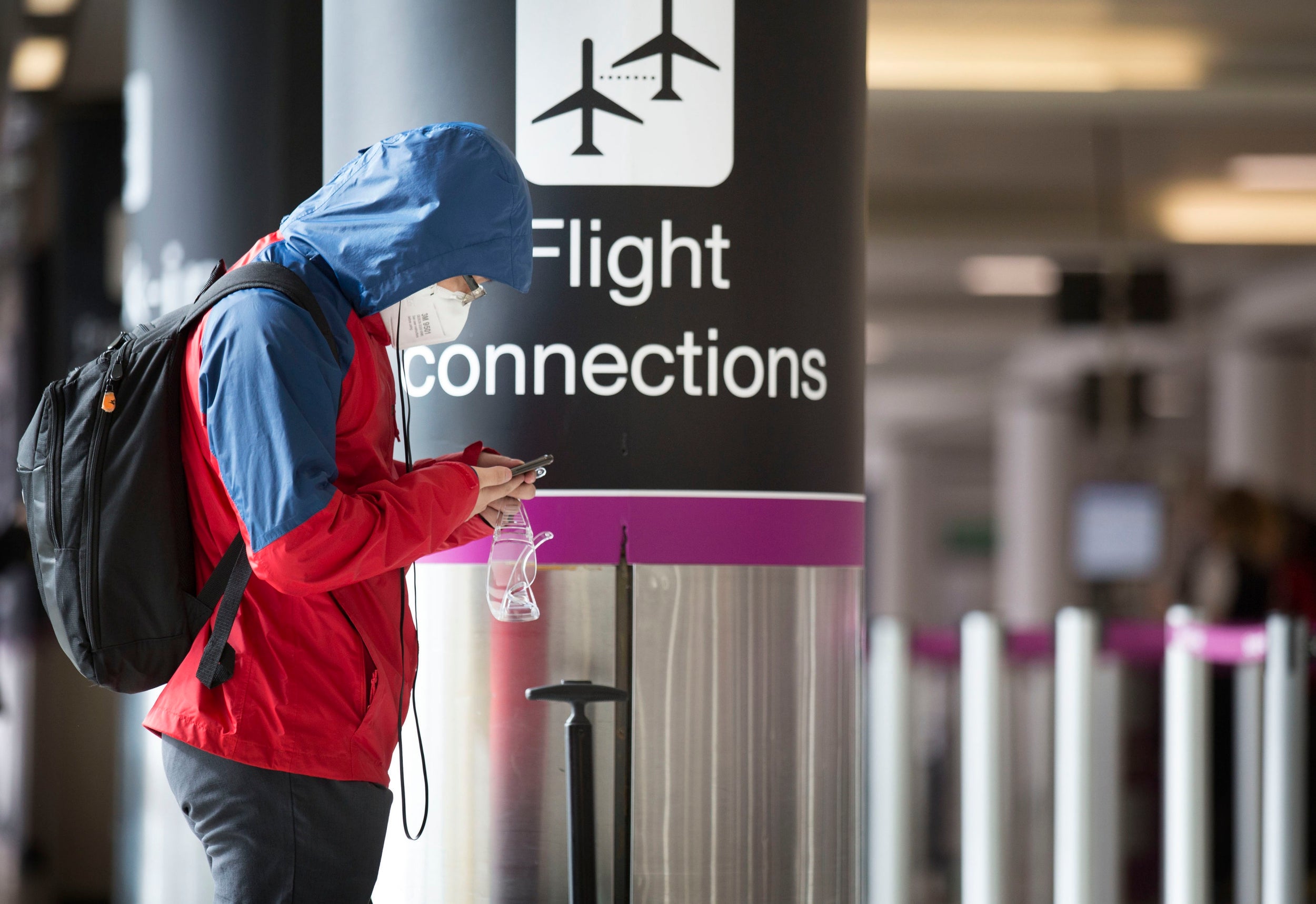 Chicago’s Midway airport was plunged into chaos on Tuesday after multiple air traffic controllers were diagnosed with coronavirus.

The hub which remains open was operating at a reduced rate after the air traffic control tower was closed by the outbreak. It was able to stay open using ‘backup facilities’.

The closure came as Trump officials said coronavirus was “worse than 9/11” for the airline industry.

During a press conference on Tuesday, Mr Mnuchin spoke about the economic impact Covid-19 has had on aviation, which has significantly reduced both domestic and international flights as people are implored to stay home.

When the 11 September, 2001 terrorist attack happened in New York City, the airspace in the US and Canada was closed except for military, police, and medical flights. This closure lasted only a few days, though, until the airspace was opened again on 13 September.

But airlines are now going on multiple weeks of having the cancel flights and reduce its staff to combat the number of people who are no longer flying.

“They are almost ground to a halt,” Mr Mnuchin said.

“The president wants to make sure that although we don’t want people to travel unless it’s critical, we want to maintain for critical travel the right to have domestic travel,” he added.

Federal officials have circulated the idea of halting domestic travel in the US briefly in response to the coronavirus spread, which would be an unprecedented move only last seen during 9/11. If domestic flights were stopped, it would be expected to last longer than just a few days. The government already called a Level 4 travel advisory on China, Iran, and most of Europe to prevent people from travelling.

But Mnuchin reiterated other options are being circulated to prevent grounding planes.

Congress and the White House are currently weighing an economic response to help keep the airline industry afloat during the pandemic.

Airlines for America (A4A), a lobbying group, pressed Congress on Monday to provide an economic response to airlines having to significantly reduce staff and flights as quickly as possible. The group is asking for $50m emergency assistance from the federal government.

“This is a today problem, not a tomorrow problem. It requires urgent action,” A4A President and CEO Nicholas Calio said in a press release

The money would go towards providing airlines short and long term relief during the pandemic in the form of grants, loans, and tax breaks.