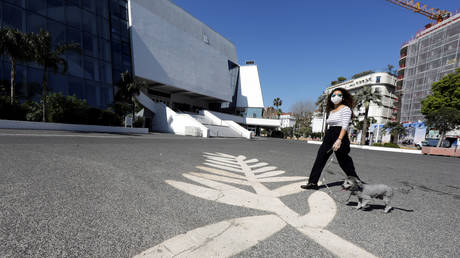 The organizers of France’s Cannes Film Festival have finally postponed the two-week cinema event until the end of June, ending weeks of speculation over the star-studded affair which has never been postponed in its history.

The festival, originally scheduled for May 12 to 23, has been tentatively moved to the end of June into July, but may be postponed even further, organizers announced on Thursday, as France remains under lockdown and the coronavirus death toll in the country ticks up to 372.

“At this time of global health crisis, our thoughts go to the victims of the Covid-19 and we express our solidarity with all of those who are fighting the disease,” the festival said in a statement, cautioning that a definite date had not been selected for the rescheduling.

“As soon as the development of the French and international health situation will allow us to assess the real possibility, we will make our decision known.”

Cannes, probably the highest-profile event in world cinema, has never been postponed since its first edition in 1946, though it was canceled in 1968 due to the student riots in France. The country has been hit hard by the coronavirus – after Italy and Spain, it has the most cases, with 10,995 as of Thursday. The death toll increased 41 percent over the previous day.

President Emmanuel Macron declared “war” on the virus on Tuesday by imposing a mandatory quarantine scheduled to last 15 days. People are allowed to leave their homes only to buy essential supplies and medicine and to engage in light exercise, and anyone found outside without a written explanation of their business can be fined.

Cannes joins a long list of festivals to be postponed because of coronavirus, including the Tribeca Film Festival and Cannes Lions. Others have been canceled, including South by Southwest, Glastonbury Music Festival, and the Eurovision Song Contest.