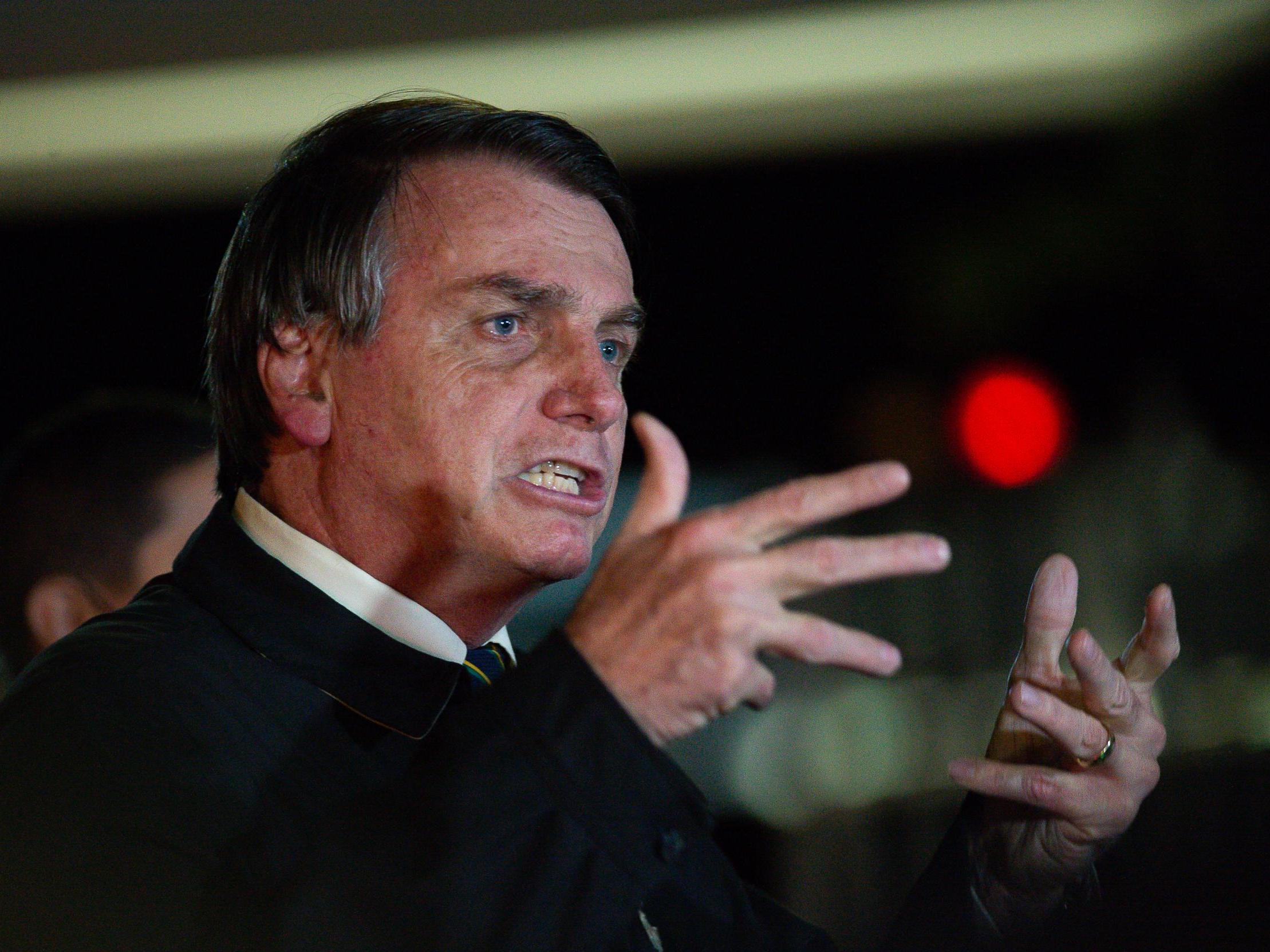 Prominent Brazilians from across the political spectrum have launched a manifesto urging officials to shield the country from its increasingly authoritarian president Jair Bolsonaro and the fallout from his dismissive approach to the coronavirus crisis.

As Brazil’s official Covid-19 death toll surpassed that of France on Saturday, the Movimento Estamos Juntos (We Are Together Movement) published its manifesto in multiple newspapers, with 1,600 initial signatories pledging to put aside political divisions to resist Mr Bolsonaro.

Over 100,000 people have now put their names to the document, which urges elected officials to “set aside old disputes” and mobilise in defence of “life, freedom and democracy”, demanding leaders “exercise their role with dignity in the face of the devastating health, political and economic crisis”.

The following day, Mr Bolsonaro rode on horseback with his supporters to protest against Congress and the Supreme Court, which is investigating his interference in police affairs.

His fury was compounded last week after several of his key supporters’ homes were raided over alleged libel and intimidation campaigns, prompting Mr Bolsonaro to make an expletive-laden appearance outside his residence wearing a tie decorated with assault rifles.

Amid the deepening political crisis, Supreme Court justice Celso de Mello – who is responsible for a probe into the president – privately likened Brazil’s current course to that of Hitler’s Germany, accusing the president’s supporters of seeking a military dictatorship.

“We must resist the destruction of the democratic order to avoid what happened in the Weimar Republic when Hitler, after he was elected by popular vote … did not hesitate annulling the constitution and imposing a totalitarian system in 1933,” Mr de Mello told other judges in a message seen by Reuters.

Mr Bolsonaro insists his aims are democratic and that his opponents are trampling the constitution in their efforts to oust him.

However on Saturday, around 600 prominent lawyers bought pages in several newspapers to publish their own anti-Bolsonaro manifesto, called Basta! (Enough!).

“Brazil, its institutions, its people, cannot continue to be attacked by someone who … exercises the noble mandate that was given to him to undermine the foundations of our democratic system,” they wrote.

The jurists added: “We all believe that it is necessary to stop this night of terror with which it is intended to cover this country”, concluding: “Let us be intolerant of the intolerant.”

In Brasilia, Rio de Janeiro and Sao Paulo, the tensions spilled over into the streets this weekend, with the president’s supporters and critics narrowly avoiding clashes.

On Saturday night, a group of masked Bolsonarists in the capital marched to the court carrying torches to call for its closure, and that of Congress, urging the military to intervene.

The following day in Sao Paulo, the country’s coronavirus epicentre, a broad coalition of black-clad football fans united in their opposition to the president clashed with riot police, just a short distance away from the president’s supporters.

Military police chief, Alvaro Batista Camilo, said tear gas was fired to keep the groups apart after some pro-Bolsonaro demonstrators carrying what he called a neo-Nazi flag approached the protesters.

After joining his supporters’ demonstrations for weeks, Mr Bolsonaro on Monday changed tack, telling his backers to “leave things alone” this coming Sunday. He rejected responsibility for the protests, saying: “I don’t coordinate anything … I just attend.”

The attempt to rein in his supporters came as the speaker of Brazil’s lower house of Congress, Rodrigo Maia, said he would decide whether to open impeachment proceedings against Mr Bolsonaro “at the appropriate time”.

While Mr Maia did not rule out doing so, he said Brazil’s most pressing concern was unity in the face of the coronavirus outbreak, adding that he did not want to put “more wood in the fire”.

With more than 520,000 confirmed cases, Brazil is now thought to be the second-largest Covid-19 hotspot in the world, behind the US. Some 33,000 cases were identified on Saturday alone.

Mr Bolsonaro continues to be scornful of the virus, which he has dismissed as “a little flu”, and has opposed lockdown measures pushed through by provincial rulers, which has in part galvanised opposition to his leadership – despite polls showing around 30 per cent still support his presidency.

Writing in support of the Estamos Juntos manifesto on Saturday, left-wing politician Flavio Dino said: “Bolsonaro sometimes comes across as a caricature, something comical. But he’s dangerous – he and the followers of this fanatical far-right sect are dangerous.”

Another left-wing congressman, Marcelo Freixo, wrote on Twitter: “The choice is between democracy and barbarity … It is our country’s future that’s at stake.”

He added: “We defend life, democracy, the dignity of all Brazilians and unity to overcome the pandemic. They can growl, scream, threaten, but they will not intimidate us. Together we are bigger, stronger and we will defeat them.”