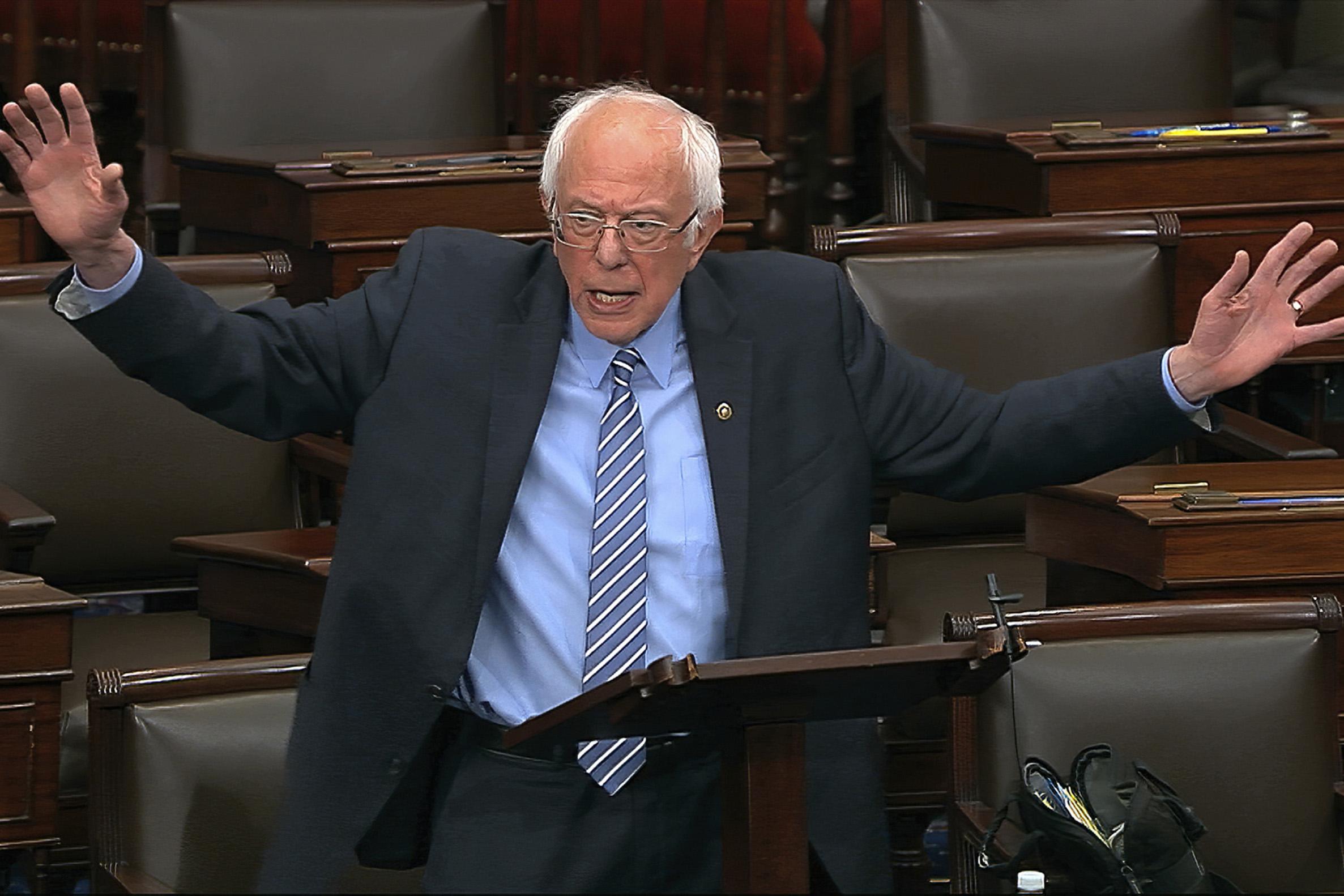 Senator Bernie Sanders has announced legislation that would impose a 60 per cent tax on the wealth gains of billionaires from 18 March through the end of 2020 for the purposes of funding Medicare and paying all Americans’ out-of-pocket health-care needs for a one-year period.

Mr Sanders said the tax hike was meant to help people who are struggling financially during the coronavirus pandemic.

“The legislation I am introducing today will tax the obscene wealth gains billionaires have made during this extraordinary crisis to guarantee healthcare as a right to all for an entire year,” Mr Sanders said in a statement.

According to a report published by the Institute for Policy Studies, America’s billionaires – including Amazon founder Jeff Bezos and Facebook CEO Mark Zuckerberg – increased their wealth by 19 per cent, or half a trillion dollars, since the beginning of the coronavirus pandemic.

In that time, 42.6m workers have filed for unemployment in the US.

“At a time of enormous economic pain and suffering, we have a fundamental choice to make. We can continue to allow the very rich to get much richer while everyone else gets poorer and poorer,” Mr Sanders said. “Or we can tax the winnings of a handful of billionaires made during the pandemic to improve the health and well-being of tens of millions of Americans.”

Mr Sanders is joined by Senators Ed Markey and Kirsten Gillibrand – both Democrats – on the legislation.

“Not only is this a common-sense proposal, but it’s a moral one and Congress should be doing all we can to assist Americans struggling right now,” Ms Gillibrand said in a statement.

The tax – called the “Make Billionaires Pay Act” – would target the wealth of 467 of the wealthiest billionaires in the country, all of which have seen substantial growth during the pandemic.

An additional 176 billionaires in the US would be exempt from the tax because they’ve either lost money during the pandemic or, if they did see a wealth increase, the sum was less than $1bn.

The bill, if passed, will impose a 60 per cent tax on billionaires’ increases in the net value of their assets in the time period between 18 March and the end of 2020.

It would also compel the US Treasury Department to establish rules and methods for determining the value of the billionaires’ assets and use that information to calculate the tax. The Treasury would also be responsible for drawing up anti-abuse rules to keep the billionaires from dodging the tax.

According to an analysis by CNBC, Mr Bezos would pay $42.8bn under Mr Sanders’ tax.

Those figures could – and likely would – change as the legislation covers wealth increases until the end of the year.

The tax would cost $400bn over the course of a year, according to the Committee for a Responsible Budget.

Mr Sanders’ office said that the amount raised by the taxes would be more than enough to cover the cost of paying for Americans’ out-of-pocket expenses using Medicare.

However, the senior policy director at CRFB, Marc Goldwein, told The Hill that the cost of providing healthcare is likely to be higher than $400bn, but he didn’t specify how much higher.

Chuck Collins, the director of IPS, is in favour of the legislation.

“I think it’s well targeted and it addresses a deep rift in the society right now,” he said.