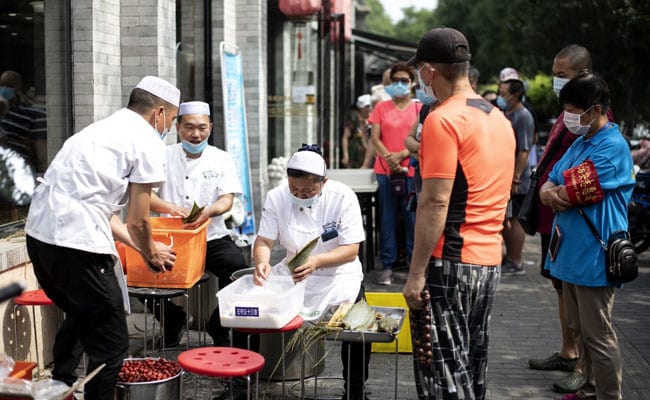 Beijing has partially lifted a weeks-long lockdown imposed in the Chinese capital to head off a feared second wave of coronavirus infections after three million samples were taken in two weeks, officials said.

Dozens of residential compounds across the city were shut down, with authorities rolling out a mass testing campaign to root out any remaining cases.

A vast majority of them are linked to the sprawling Xinfadi market in the city’s south that supplies about 80 percent of Beijing’s fresh produce and meat.

The lockdown was eased on Tuesday for seven apartment blocks after residents tested negative for the virus, officials said at a Friday briefing. The remaining blocks are still in lockdown.

Eleven new virus cases across Beijing were announced on Friday, bringing the total number of infections in the capital since the June 11 outbreak to 280.

Food market workers and visitors, nearby residents, restaurant workers and delivery couriers have been the prime targets of mass testing so far as fears began to mount over the hygiene of Beijing’s food supply.