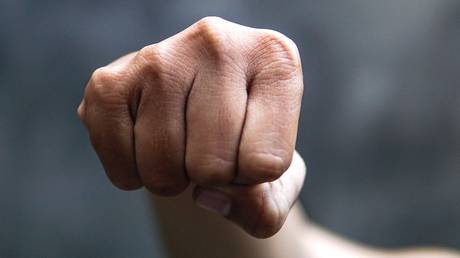 A Belgian man has taken the fight with coronavirus too literally, punching an Asian person – whom he suspected of spreading the deadly disease – in the face and being detained by the police.

The bizarre incident occurred in country’s capital Brussels over the weekend and was confirmed on Wednesday by prosecutors, according to local media reports.

A 24-year-old Asian man, who was walking along Avenue Fonsny late at night, received a heavy blow to the face completely out of nowhere. The attacker shouted that he employed force because he thought that his victim was spreading the coronavirus.

It’s unclear what the poor guy did to provoke the perpetrator: sneezed, coughed, wore a face mask, or perhaps the mere fact of him being Asian was deemed enough – the coronavirus originated from China, after all.

Also on rt.com
Merkel is stirring up panic by warning that up to 70% of Germans could contract Covid-19 – Czech PM Babis

The witnesses called the police, who swiftly arrived on site and arrested the 22-year-old attacker. He will now answer for his actions before the law.

There is so far no cure for the coronavirus, which has already killed almost 4,300 people around the globe, but punching is obviously not the answer. On the contrary, the medics advise to stay as far away from those infected with the virus as possible.

But panic often makes people do illogical things. A fresh survey by Belgian pollster Test Achats revealed that 52 percent of the people in the capital were terrified of getting the disease. The number is higher than anywhere across the country.

Belgium, where at least 314 people are infected, saw its first coronavirus death on Wednesday. A 90-year-old woman succumbed to the disease in a hospital, which by coincidence is located not very far from the spot where the Asian man was punched.